Zoe Saldana: “I Might End Up With a Woman!’ [Details]

Actress Zoe Saldana is hinting around that she might be tired of men.

Saldana revealed in the June issue of Allure magazine that she might raise her kids with another woman one day. But she didn’t spill the beans if she’d ever had a relationship with woman.

Saldana, 34, has said in previous interviews that she worships men and reiterates that she’s open to finding love again–where ever that may be.

“[I might] end up with a woman raising my children,” Saldana said to Allure via ABC News. “That’s how androgynous I am.”

Saldana, who goes topless in the issue, recently split from Oscar nominee Bradley Cooper after a 12-year relationship with entrepreneur Keith Britton in 2011. But she said she doesn’t plan to have another celebrity boyfriend.

“Been there, done that, got the T-shirt,” Saldana said. “If I have something good in front of me — it doesn’t matter if it’s a person or a pair of shoes — I’m not going to test something else. It’s insecure, and it’s immature.”

Saldana continues,”It’s okay to say, ‘This is what I want,’ and go after it. And if it doesn’t happen, it’s okay. Be a reasonable person with yourself!” 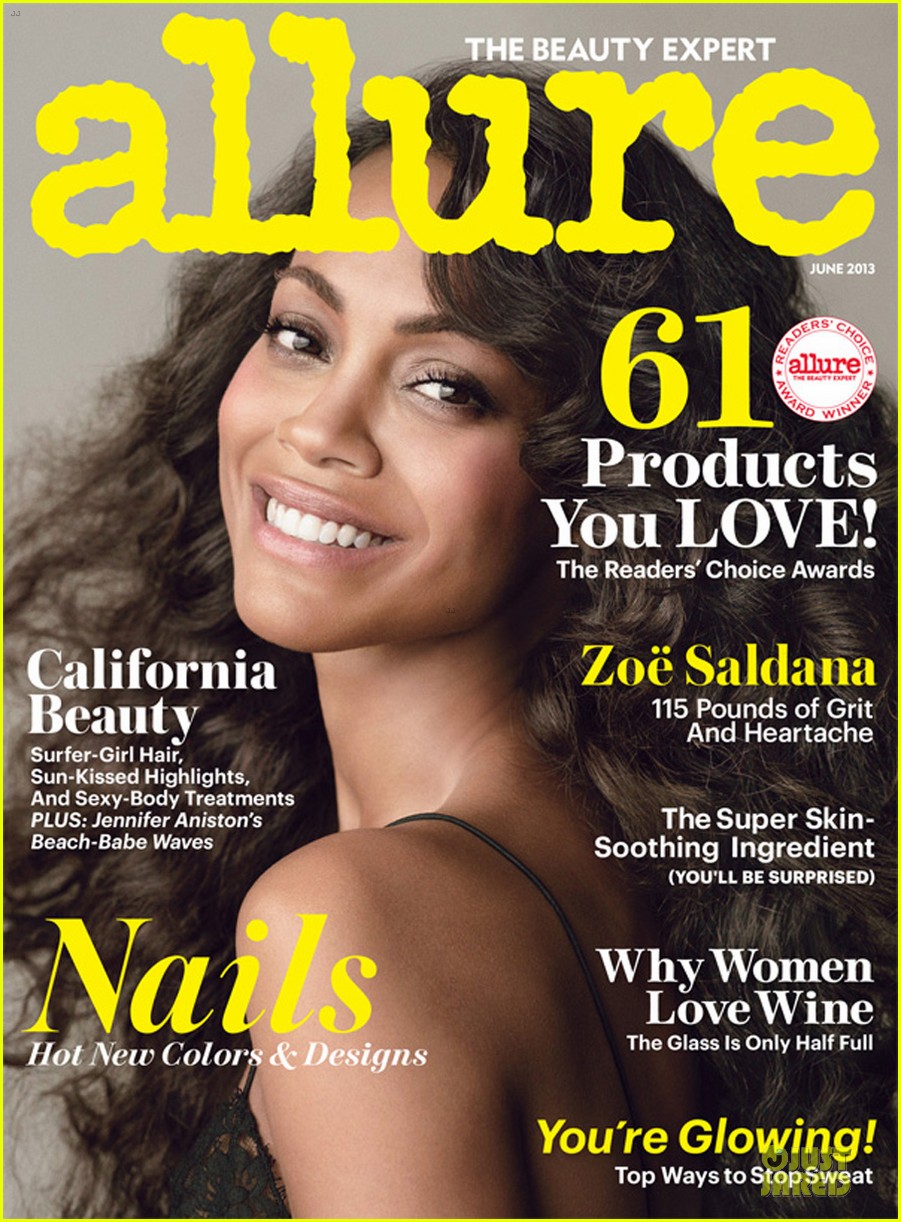 Saldana is promoting her upcoming sequel Star Trek Into Darkness where she plays Starfleet Communications Offiicer Uhura. Saldana’s interview in the June issue of Allure magazine hits newsstands May 21.