Woman Puts Waka Flocka On Blast, Snaps Photo While In Bed With Him

The couple have shared intimate details about their relationship during season 3. Waka admitted to infidelity in the past, but the Atlanta rapper claims he’s a one woman man.

But an unidentified woman claims that’s not true. And she wanted to make sure Tammy knew it. A groupie allegedly slept with Waka and took a photo afterwards. She snapped the photo while he slept and didn’t know it.

Waka Flocka Gets Engaged on His Birthday! [Photos]

The groupie posted the photo on social media and a friend reposted it. Check it out below.

It’s unclear if the photo is recent or old, but the woman who reposted it claims its new. Regardless, this has to be a huge blow to Tammy. But Tammy seems unbothered by the claims. She posted a few tweets about the situation. 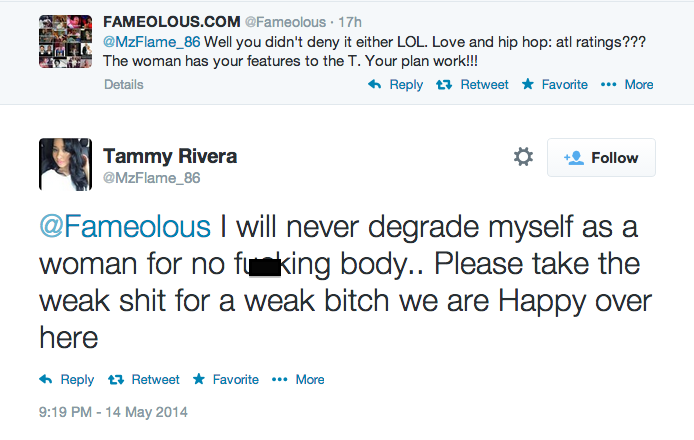 Waka and Tammy got engaged on his birthday a year ago.