Rapper Wiz Khalifa has shot down rumors that his fiancée Amber Rose is pregnant.

Khalifa talked with Philadelphia’s Hot 107.9’s the Q Deezy Show and he made it clear that he and Rose were not expecting a child. Although Rose has stopped dying her hair platinum blonde and put on quite a bit of weight in the midsection, Khalifa said the reports are not true.

The radio host then suggested that she could be because of her new look.

“A lot of people didn’t even know she dyed her hair,” Wiz explained. “They thought she was a natural blonde. I’m saying here that is not what people think it is. But, she will have my baby in life, and you guys will know when she’s pregnant. But it’s not the time now for people to start going crazy.”

Rose has made several appearances with loose-fitted clothing, which is uncharacteristic. Rumors began to grow rampated when she was finally seen with what appeared to be a pooch while sitting by the pool. 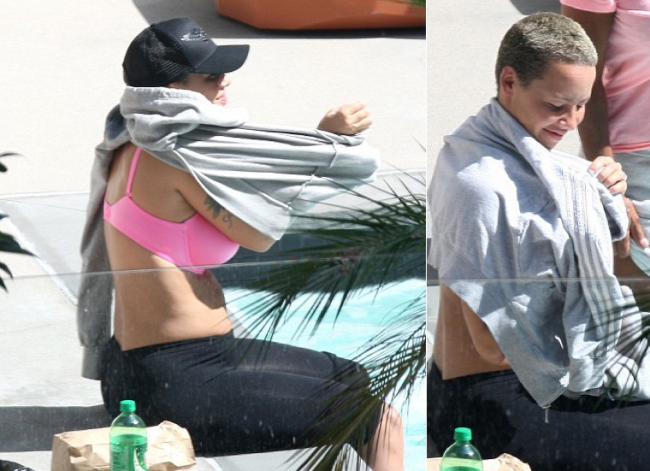 While the verdict is out whether or not Rose is pregnant, despite Khalifa’s denial he admits that he’s doing plenty of research on marriage.

“It’s going awesome, man,” he said. “The married life, I feel like I’m already married. I read books and s— like that. Like there’s this book called ‘Things I Wish I’d Known Before [We] Got Married.’ That’s a good book ’cause it just tells you a lot about being selfless and really, really communicating. And know when you get upset, just talking about it and letting them know why you’re upset.”

Khalifa and Rose got engaged in March. The couple began dating in 2011.