Wiz Khalifa and Amber Rose have officially tied the knot.

The happy couple got married in a private ceremony on Monday (July 8) in Los Angeles.

Khalifa hinted the couple would  have a formal wedding at a later date.

Wiz, whose real name is Cameron Thomaz, tweeted the news to his Twitter followers shortly after the ceremony. “Me and Amber got married today. Weddings this fall. Thought I’d let yall know,” he said.

Later, the couple released their first photo as husband and wife.

TMZ was the first to report Khalifa and Rose were spotted picking up a marriage license at a Los Angeles courthouse last Tuesday. 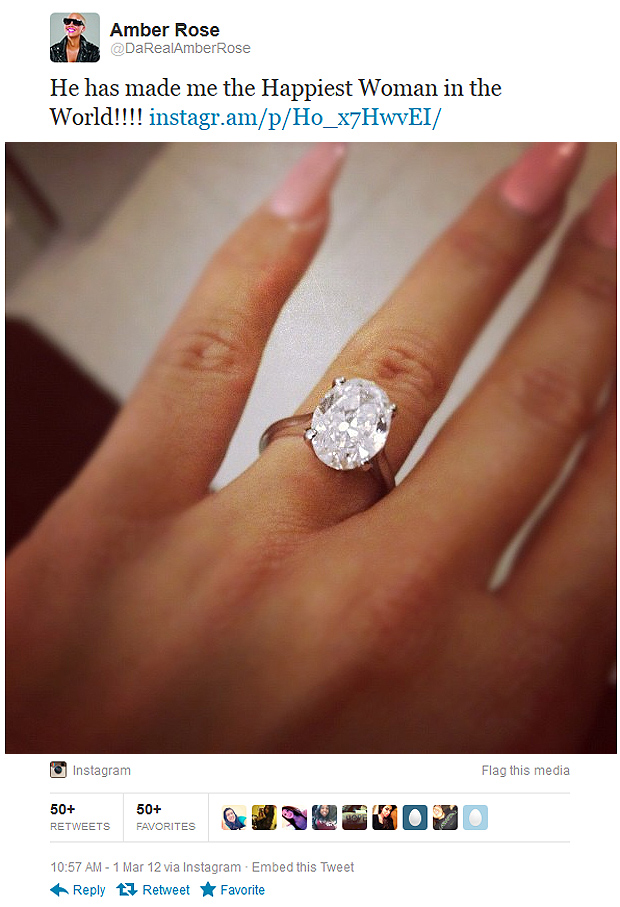 Khalifa and Rose announced their engagement in March of 2012. Since then, Rose has been calling Khalifa her ‘husband’ right  up until they tied the knot.