The program used at Whitney Houston’s invite only funeral at New Hope Baptist Church in Newark, New Jersey has been released.

The program includes photos of Whitney with her family and friends. Bobby Brown was noticeably missing out of the program. But there are photos in her happier times with her mother Cissy Houston, daughter Bobbi Kristina, her two brothers amongst others.

The program has a very detailed biography about Houston’s accomplishments throughout the years. The program also features a letter to Whitney from her mother Cissy Houston. 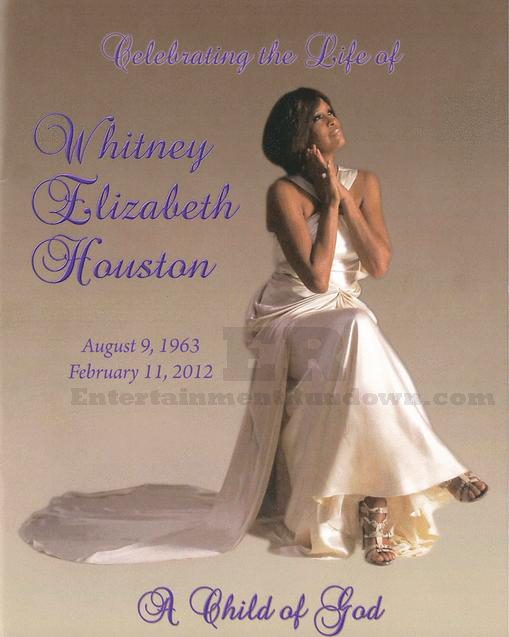