It’s been several months since the pop icon died and BET made sure it didn’t disappoint Houston’s fans. Mariah Carey opened the tribute with a touching story about how the divas met and their long-standing friendship.

“The first time I heard Whitney’s voice, I was mesmerized like the rest of the world, Mariah said. “Just an unknown, budding singer myself, I was captivated by the power in her range, the richness of her tone and her unique ability to wrap a lyric in emotion.”

Monica then gave a powerful rendition of Houston’s favorite song I Love the Lord, which is featured on the Preacher’s Wife soundtrack. Brandy then performed two of Houston’s fast tracks, I’ll Be Your Baby Tonight and I Wanna Dance With Somebody. 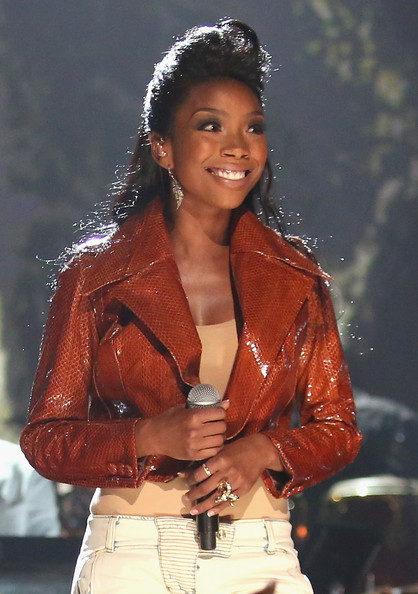 Houston’s brother Gary Houston performed before introducing their mother Cissy Houston. She sang Bridge Over Troubled Water in front of large images of her and her late daughter singing together. Cissy said, “This is for you, Nip,” before she gave an emotional rendition of the song that moved some of the audience into tears, which included Beyonce and Souja Boy.

Watch the tribute below.