What’s That You Smokin: Was Justin Bieber Smoking Weed? [Photos]

Photos have surfaced that show the 18-year old singer smoking what appears to be marijuana at a party inside a Newport Beach hotel room on Jan. 2. This comes just days after a paparazzo was killed while trying to take pictures of Bieber’s Ferrari.

TMZ obtained the snaps of Bieber holding an alleged blunt and laughing with friends. Lil Twist, who was driving Bieber’s car at the time the paparazzo was killed on a highway in Los Angeles, Calif., on New Year’s Day, was among the partygoers.

A source told the website Lil Twist and his brother were the ones dishing out the pot to guests. 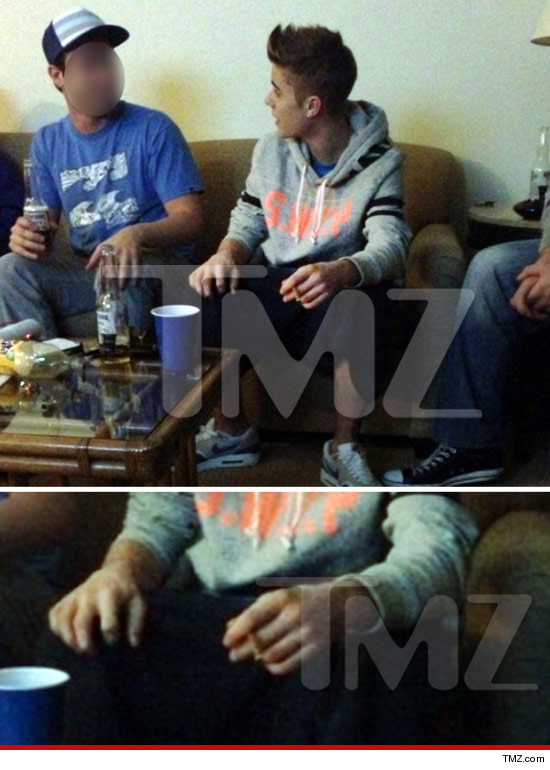 After the photos surfaced, Bieber posted his thoughts on Twitter. The Biebs tweeted: