There’s another controversial reality series being shopped around to television networks.

A trailer for new series The Real Mistresses of Atlanta was leaked on the internet. The series, which was created by Memphitz Wright, features Maliah Michelle, Rosee Divine, Mary Jane, Sarah Oliver and Branden. The clip offers quick introductions of the cast members and plenty shots of their bodies.

The show appears to be a little sketchy with cast member Sarah Oliver coming off racist in the eight-minute trailer. She’s a white video/booty model who takes the camera into her plastic surgery appoints to get butt injections. She then degrades black women’s vaginas, “A brown skin pu**y with pink inside…who would want that?!”

Mary Jane, who filed a restraining order against Shaquille O’Neal a few years ago, is an aspiring rapper. She explains why women hate her.

“If I were ever approached by a wife, there’s no argument. There’s no fight,” said Mary Jane who spit a few bars during the clip. ”I would sympathize with her dearly, but if it’s anything you need from me, you need to know what I’m doing to have your man coming to me.”

Maliah Michelle is a stripper who used to date Drake and Sean Kingston, along with other celebs in the business. She shows off her body and moves in the clip. Branden is a homosexual man who talks about the various actors, NBA and NFL players he’s secretly dated in the industry. And Rosee Divine is a french model who uses her backside to get expensive condos and gifts from her married NBA boyfriend. 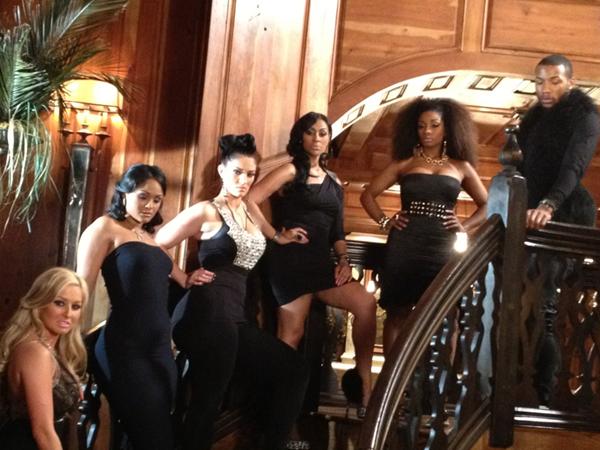 The trailer ends with a cast member that says, “If a b*tch got a pu**y and she aint got a million dollars, she needs to see a psychiatrist.”

If this show is picked up it will definitely not sit well with some people. Check out the trailer below.