Vivica Fox Nearly Gets Kicked Out of US Open! [Details]

Actress Vivica Fox got a little too involved during a match at the US Open.

Fox was at the late-night classic cheering on Venus Williams and, according to reports from New York Times writer Ben Rothenberg, she became loud and belligerent when the match went to a third set against Angelique Kerber. Fox allegedly became increasingly drunk and increasingly loud while in the Moet suite.

Fans watching at home could hear a woman yelling out during points. It was Vivica. She cheered so loud in the middle of a point that it drew a stern rebuke from the chair umpire. In the end, Kerber defeated Venus in three sets, 6-2, 5-7, 7-5. 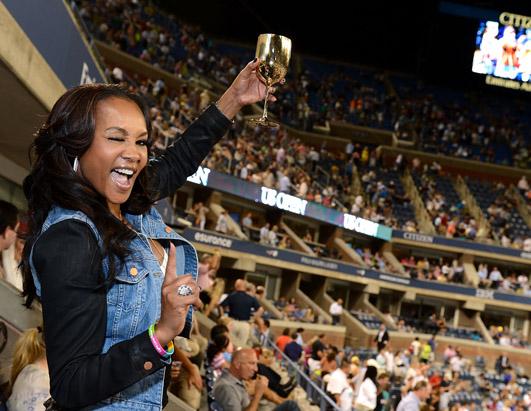 Check out Rothenberg’s blow-by-blow take on Fox at the Open.