50 Cent was the topic of discussion during Bravo’s Watch What Happens Live this weekend.

Vivica A. Fox and Kandi Burruss were the guests during the live show, and the actress made some shocking revelations about her former boyfriend, 50. When Andy Cohen asked her opinion on 50’s controversial Instagram comments about Empire’s decline in ratings because of “extra gay stuff,” Fox insinuated that he liked men.

And Fox didn’t stop there. She also suggested that he might have feelings “that [are] not quite clear.” She thinks the 2010 XXL cover he posed with Soulja Boy made him look gay.

“Yeah, he just looked like a booty-snatcher on that one to me,” Fox said, reiterating that the cover gave her mixed feelings. It didn’t take long for Soulja to respond on Instagram, calling her ‘washed up’ and a “granny desperate for attention.”

There were plenty of 50’s Instagram followers that let him know what Fox was up too. 50 retweeted Soulja’s photo and made sure he insulted her.

50 continued to blast Fox throughout the day. He posted the memes and comments below. 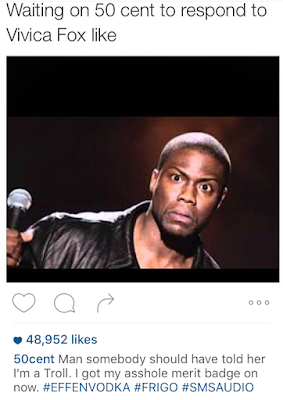 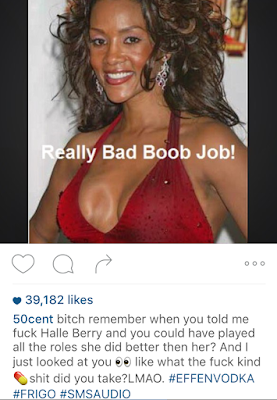 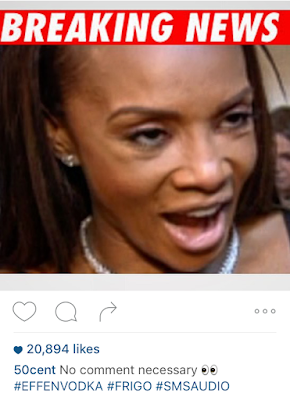 Vivica, however, remains unbothered. For now anyway.
Check her tweets below: 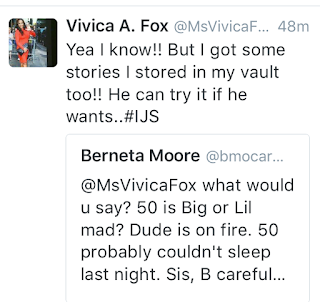 Fox’s comments come as a surprise to some, because just a few months ago she claimed 50 was the ‘love of her life.’ Maybe she’s a woman scorned because the rapper didn’t respond to her comments the way she wanted him too.

Watch Fox make comments about 50 below.