Stacey Dash is going to be missed on Single Ladies but VH1 is moving full speed ahead.

Dash abruptly left the show after only one season because of an alleged rift between costar Lisa Raye McCoy and the director and producers of the show. But that didn’t stop the network from quickly replacing her.

Single Ladies is back with Keisha, played by McCoy, April, played by Charity Shea, and newcomer Raquel, played by Densie Vasai. VH1 opted for Vasai to become a new character on the show instead of replacing Val who was played by Dash. 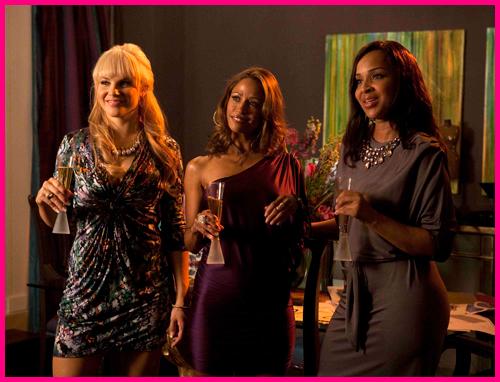 In the first episode, Keisha gets an email from Val that states she’s decided to stay in Milan. Vasi is introduced as Keisha’s long time friend. Raquel has just broken off her engagement and she’s ready to link back up with her first love in Atlanta.

Meanwhile, Keisha juggles a relationship with Malcolm, played by D.B. Woodside, and a ex-boyfriend that comes back into her life. April is enjoying her single life by hooking up with plenty of eye candy.

Check out the trailer for the new season which premieres Monday, May 28.