Tameka Raymond has finally moved on and she wants the world to know.

Many speculated that Usher’s ex-wife was fighting the singer for custody of their two boys because she was a jilted lover who wanted him back. But as it turns out, that’s not the case. Well, at least that’s what she wants us to believe.

Tameka Raymond went to Anguilla with a mystery man. She’s posted a few photos from her vacation on Twitter with one in particular of her and her new boo. She tweeted th photo below with the caption: “Sighh.” 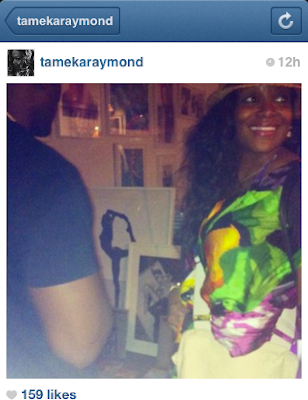 A few of her followers assumed it was Usher and congratulated them on getting back together. But Tameka quickly responded,” Never is that [Usher].” She then posted the photo below with the caption: “Cheers to the freakin weekend.” She also posted several tweets about forgetting the past and having no regrets. 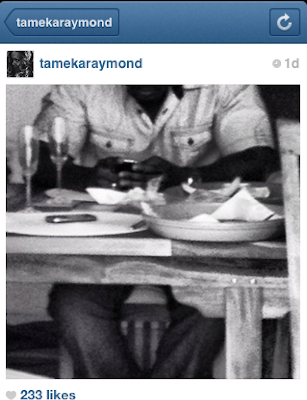 Tameka didn’t reveal who the mystery man was. We’re guessing she wants to keep her relationship private this time.
We ain’t mad at you, Tameka! Do you…