The battle for custody between Usher and his ex-wife Tameka Raymond continues to reach new lows.

Usher revealed in court on Tuesday that Tameka once attacked his girlfriend and manager Grace Miguel. He claims that when Tameka realized that Grace was in the car when he dropped off one of their sons she went ballistic.

Usher said Tameka approached them and “wanted to fight.” He said that Tameka walked up to the car and said, “I’m gonna kick your ass. Bitch get out of the car. How dare you bring this woman into my subdivision in my house?” He added, “She continued to spit. At this point she pulled the door open, tried to swing at her.” 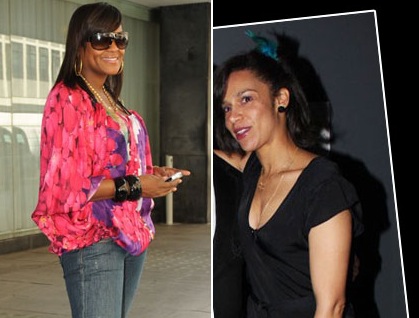 Usher said after he got out of the car to calm her, Tameka hit him. She then threw a plate of food at the car. He added that one day, Tameka told Grace, “I will f**k you up.” Watch the video of Usher testifying below.