Tyrese, Ginuwine and Tank tried to form a R&B group called TgT back in 2007 but it didn’t pan out.

The trio released a remix of Tank’s song Please Don’t Go and nothing else ever transpired. Many speculated that contract disputes prevented the group from making it official. It’s five years later and according to Tyrese, the group is back together and recording their first debut album.

Tyrese announced the news on Twitter. He tweeted, “BREAKING:… It’s not a rumor:. _TgT_ is in the studio this WHOLE WEEK to start our new album as a group! @Tyrese @Ginuwine & @TheRealTank.” 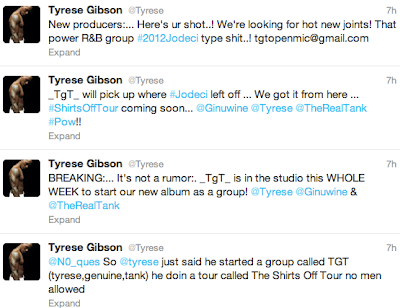 Tyrese is coming off of his independent album Open Invitation, Tank released This is How I Feel,” and Ginuwine released Elgin last year. All three albums received a lukewarm response from their fans, so the trio looks to get an added boost with their careers with this super group. 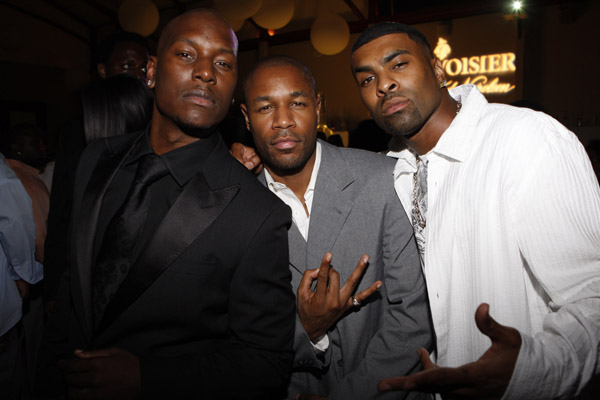 Listen to TgT’s remix to Please Don’t Go below.