Tyga Says Drake is ‘Fake,’ Doesn’t Get Along with Nicki Minaj [Details]

Tyga wants out of his contract with Young Money and he’s going to extreme lengths to make that happen.

After bashing Young Money on social media, the Last Kings rapper has called out his labelmate Drake for being “fake.” Tyga also said he doesn’t get along with Nicki Minaj.

Earlier this month, Tyga announced on Twitter that Young Money was holding him hostage. He threatened to leave the label if they didn’t give him a release date for The Gold Album: 18th Dynasty. 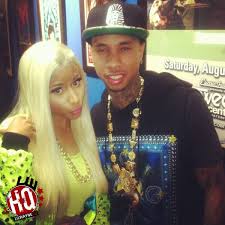 The Rack City rapper went into further detail about his frustration during a Vibe interview.

“I don’t really get along with Drake. I don’t really get along with Nicki,” Tyga said. “I don’t like Drake as a person. He’s just fake to me. I like his music; you know what I’m saying? I think his music is good, but we’re all different people. We were forced together and it was kinda like we were forcing relationships together. It is what it is.”

Tyga admitted that Lil Wayne was the reason he signed with Young Money.

“I think being signed to Young Money, everybody felt like they had to force a relationship ’cause Wayne put us together,” Tyga said. “At the end of the day the reason why I signed to Young Money is because of Wayne. Not because of Drake, not because of Nicki. It was because of Wayne and my relationship with him. I try to be cool with everybody, but sometimes, everybody just has different personalities, motives, and different characters. When you realize that, you realize that’s not a place where you want to continue to grow.” 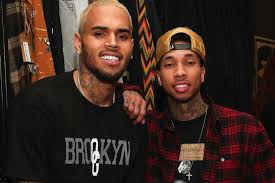 Tyga also talked about his relationship with Chris Brown.

“That’s my real genuine friend,” he said. “We hang out all the time. He lives up the street from me, so we don’t just do music, we hang.”

Tyga is preparing to join Brown and Trey Songz on their joint tour. We are going on tour soon, but me and Chris’ album might not drop [this year]. It’s supposed to drop Christmas, but if it doesn’t I think Valentine’s Day is cool too. We gotta figure out what’s best and the right plan, but all the music is there.”

Tyga also denied dating Kylie Jenner. And he explained why he broke up with Blac Chyna. The couple has a two-year-old son named King together.

“We decided to take a break apart ’cause you don’t wanna raise an emotionally unstable child, and that’s what it comes down to,” he said. “It wasn’t my happiness, and it wasn’t her happiness. It was for the sake of King.”

Tyga is moving ahead with The Gold Album—with or without Young Money—and has tapped Kanye West as executive producer. “I get inspired being around ‘Ye. At the end of the day, it’s [about] finding what you’re great at.”