Women who allegedly slept with Chad Johnson are coming out of the woodwork.

Alleged mistress Beverly Shiner was the first woman to come forward and reveal she slept with Johnson between January and May of this year. The Boston woman made the allegations less than a week after Johnson was arrested on Aug. 11. for domestic violence against his wife Evelyn Lozada.

Now two more women have been outed for sleeping with Johnson during his 41-day marriage. Johnson is rumored to have slept with Atlanta exotic dancer Amber Priddy and Biance Zuluaga of Miami.

“Chad has been paying Amber $2000 a month for her apartment and flying her in and out of Miami so they could meet up,” a source told Radar Online. The former Black Men Magazine Model Of The Year was allegedly evicted from her apartment on Atlanta’s famous Peachtree Street, according to court documents, and she posted a plea on Twitter this week asking for help moving.

Priddy even sent out a subliminal tweet a week after Johnson married Evelyn on July 4th. She tweeted:

Once the rumors hit the Internet, Priddy didn’t deny she was having an affair with Johnson. But instead, she wanted the world to know that she didn’t get evicted.

Now onto mistress No. 3. Johnson has been allegedly having a affair with Zuluaga for the past year. Johnson also met her on Twitter and she refers to him as ‘chocolate’ in her tweets.

Radar Online reports just two days before Johnson got married  Zuluaga tweeted: “Some people on my Twitter need to stop hating my preference for chocolate!!!” And in another tweet she said, “I can’t take this anymore I need chocolate!!! My body is going into shock!”

“Chad would mostly spend time with Bianca while Evelyn was out of town on her book tour or filming,” a source told Radar Online. “They would even meet at David’s Café in Miami, which is one of his regular hangout joints and they didn’t go to any lengths to hide the fact that they were there together. Bianca knew all along that he was with Evelyn, but she didn’t care. She agreed not to say a word.”

Johnson and  Zuluaga allegedly met up at David Cafe on June 16. Johnson tweeted that he was watching ESPN there and less than an hour later Zuluaga tweeted,”David’s Café, I’m back! And I’ve missed you… but the company sucks forever tweeting.”

Zuluaga also revealed in her tweet that she rode in a Smart Car. Lozada bought Johnson a Smart Car and its also the car he alleged head-butted her in. The Miami woman even tweeted on Wednesday,”I just realized that my car is full of receipts… *cleaning it out.*”

When asked by a follower if there were “any receipts for condoms? hahahahaha…” she said: “Naww just food! Lol I’m a fatass,” to which her friend replied, “yea those are in his car, remember! Ha.”

Meanwhile, Lozada has been spotted in Miami. Sources told TMZ, she refuses to leave the house without a hat. The Basketball Wives star has a laceration on her forehead with several stitches. 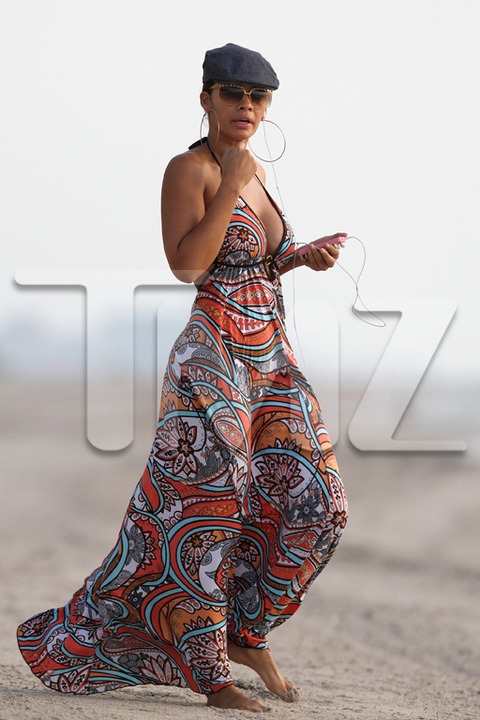 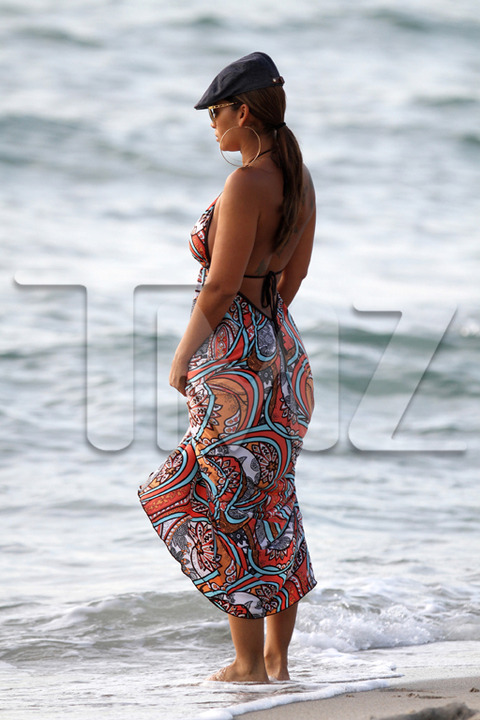 Lozada is now in Barbados with her daughter, Shaniece, to escape media attention. Johnson is trying to move forward with his life. He recently tweeted,”Just kidnapped my youngest daughters… headed to cheerleading practice at Charles Hadley Park. #LibertyCityWarriors”