The Boston Celtics couldn’t muster up the offense to beat the Golden State Warriors Wednesday night.

The Warriors took the lead early and never looked back, beating the Celtics 108-88 at TD Garden Arena. It was a long night for Celtics fans so it came as no surprise when officials went searching for entertainment in the stands.

They found a man in the stands that looked and dressed just like the late Tupac Shakur. The fan had a bandana tied across his forehead just like Tupac. So the Celtics’ in-game entertainment crew decided to have a little fun by playing California Love. 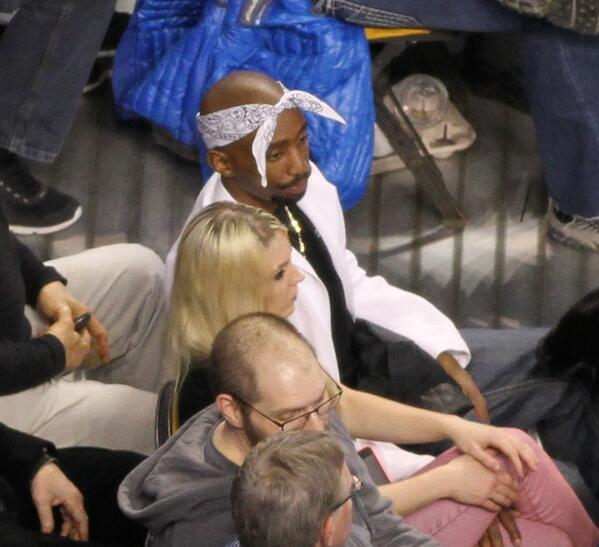 The guy even took a few photos with Celtics fans. 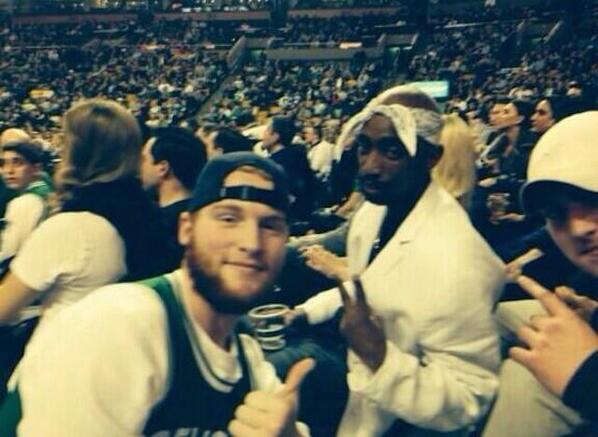 Watch footage of the Tupac look-alike below.