T.I. and Tiny may be having marital problems, but they still have each other’s back when it counts.

The celebrity couple put a rude fan in check on Instagram after she accused T.I. of cheating on Tiny with her friend. Tiny went back and forth with the fan before Tip threatened her.

Say What: Is T.I. Expecting a Child With A Woman, Not Tiny? [Details]

The exchange came as a surprise to fans because its been rumored that the couple has separated because Tip allegedly fathered a child outside the marriage. The couple has yet to address those rumors.

The Instagram riff began when a fan commented under one of Tiny’s photos. Read the exchange below.

After Tiny included Tip’s Instagram name in one of her posts, Tip threatened the fan:

After Tip chimed in Tiny finished with her own threat. 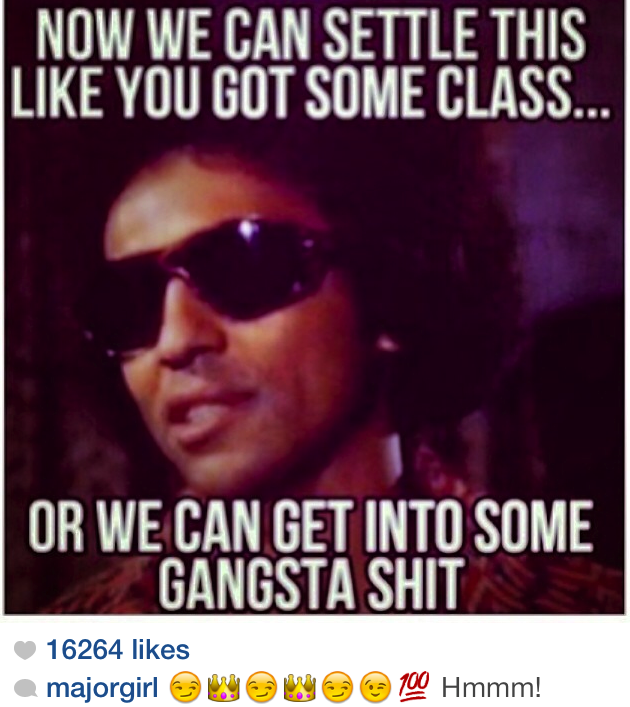 T.I. Reprimands Tiny for Showing Too Much Booty On Instagram
Tiny and Tip may want to back away from social media for a while and concentrate on working on their problems.
Photos via Instagram