T.I. and his wife Tiny appear to be giving each other space during their rough patch.

After a heated argument during Grammy weekend, the two have kept their distance from one another. Last week, Tiny took a girls trip to the Caribbean while T.I. was spotted at the Blue Flame strip club in Atlanta.

Say What: T.I. Has A New Baby Outside Of His Marriage?!

Tiny decided to hit the road again. On her way to Miami, Tiny posted a photo on Instagram showing off her bare ring finger. 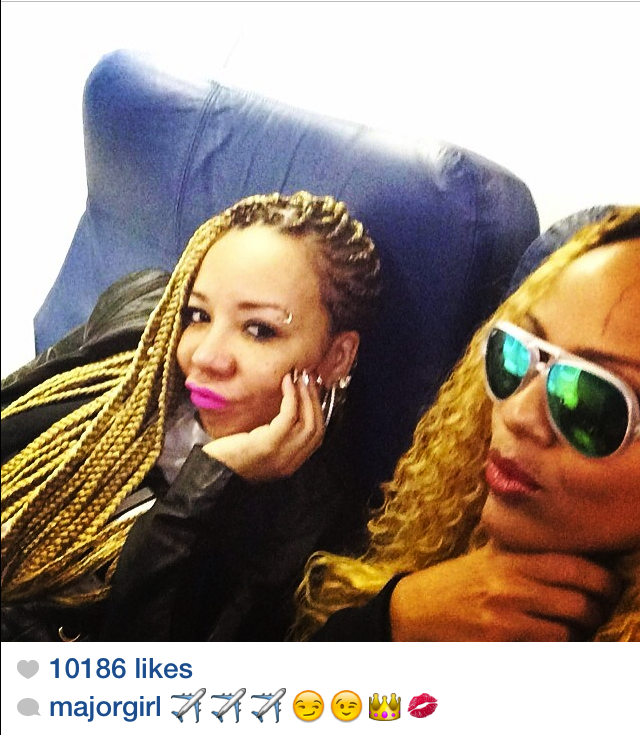 Tiny is adding more fuel to the fire that the couple have separated. T.I. and Tiny are allegedly fighting because he fathered a child outside the marriage. The baby is less than a year old.