Former New England Patriots quarterback Tim Tebow hopes to get back into the NFL.

But until that day comes, Tebow is moving forward with a different career. The former Heisman Trophy winner has signed a multi-year deal to serve as an analyst for the SEC Network and ESPN.

Tebow will make his analyst debut on ESPN Jan. 6. He will provide analysis for the BCS National Championship Game. His primary role will be as an analyst for “SEC Nation,” which is a pregame show on location from different SEC campuses each week during the college football season. SEC Network is scheduled to launch in August. 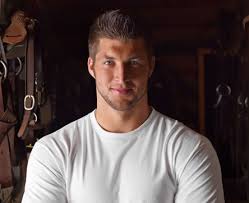 ESPN reports in the months leading up to launch and after, he will contribute to a variety of ESPN platforms including SportsCenter, ESPN Radio, and the network’s Heisman Trophy coverage, offering in-depth perspective as a legendary Southeastern Conference player.

Tebow’s analyst duties will not prevent him from pursuing playing opportunities.

“I am so excited that ESPN has given me this incredible opportunity,” Tebow said. “When I was six years old I fell in love with the game of football, and while I continue to pursue my dream of playing quarterback in the NFL, this is an amazing opportunity to be part of the unparalleled passion of college football and the SEC.”

Photos via Westword.com and People.com