Tiger Woods hosted his Tiger Jam in Las Vegas over the weekend.

Bon Jovi, American Idol’s David Cook, Lindsey Vonn and MC Hammer all performed at the event held at the Mandalay Bay Events Center. Bon Jovi brought the house down as the headliner of the event. He sang a few of his group’s hit songs while also belting out a few cover songs.

But it was Woods’ three-dimensional shirt that gained the most attention. His light blue with navy and black zig-zag print design stunk up Mandalay Bay. It was hideous! Woods all but hypnotized the crowd while walking on and off the stage during his hosting duties. 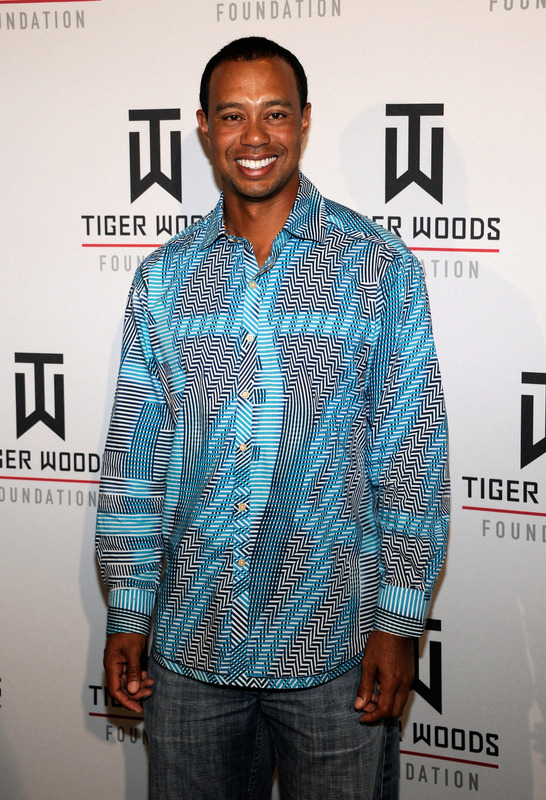 This is not the first time that Woods has worn an ugly shirt to this event. He chose paisley print for last year’s event. At least he had sense enough to wear a blazer. 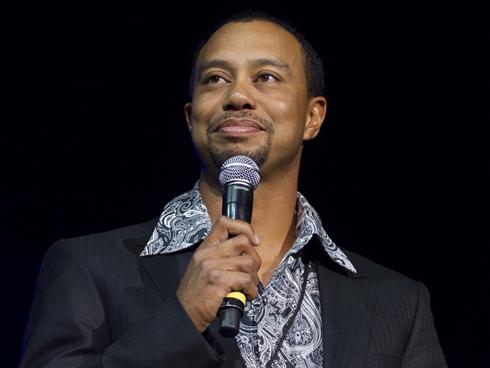 Hey Tiger! Please hire a stylist. If you have one, fire them and hire another one.