Thicker Than Water star Brooklyn Tankard was arrested in Tennessee.

Brooklyn, 25, was pulled over in Murfeesboro, TN on Sunday for a routine traffic stop when a run of her license turned up several warrants including one for “Failure to Cause Child to Attend School.” TMZ reports Brooklyn’s 10-year-old daughter, Diamond, has 16 unexcused absences and 35 unexcused tardies.

Tankard was also booked on charges of driving on a revoked license and had no proof of insurance in the vehicle, The Tennessean reports. 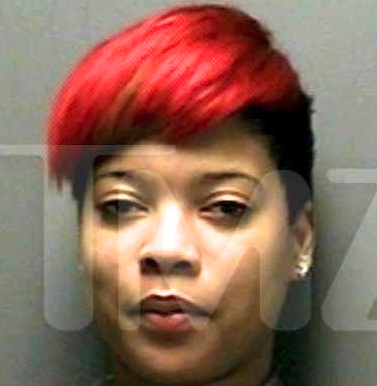 Brooklyn was booked and with no bond and told to report to Rutherford County Juvenile Court at 2:30 p.m. Tuesday. Brooklyn never showed up.A judge rescheduled a court date to 11 a.m. Feb. 28 and ordered that a certified letter stating the new court date be sent to her address

This is not the reality star’s first brush with the law. She revealed on Thicker Than Water that she was once arrested for running a brothel.

Photos via Tntribune.com and TMZ.com