The Game may want to leave his phone in a safe while he’s drinking.

It appears when he drinks its like he’s drinking truth serum. In a lengthy Instagram post that has since been deleted, Game revealed that he had to drink Effen because “the club ran outta whatever the fuck else” he was drinking. Then, he added: “This bullshit is actually amazing.”

Under a promo of Fif’s “Power” and Fox’s “Empire,” Game went on with a stream of consciousness post that veered in different directions. For instance, he explained that he can’t choose between Beyoncé and Rihanna when he’s drunk and that he spends $27.99 on his TIDAL subscription. “With all that being said,” he added, “Hov, I need a feature.”

50 Cent Calls Out Lloyd Banks For Taking Photo With The Game, Game Responds 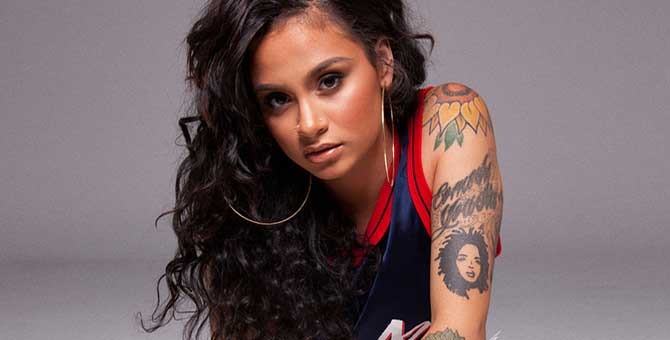 Kehlani got word and blocked him, but not before addressing his disrespectful comments with a series of hashtags including #YourLackOfRespectForWomenIsShowing, #NeverMetMeBefore, and #DontEverExpectTo.

Hopefully, Game learns a lesson from drinking and social media. But we doubt it.