The Game: Will Kelly Pitts Return for Season 5?

Fan favorite Kelly Pitts will not be on season 5 of “The Game.”

Many speculated that Kelly was on the outs when she was reduced to a recurring role. Brittany Daniels, who plays Kelly, was featured in only six of last season’s 13 episodes. BET has not announced Daniels departure but its clear she’s not returning. She’s not featured in any of the promo commercials for the new season that begins in January.

Daniels last project was the movie “Skyline,” which was released in 2010. Since then, she didn’t appear to have any projects to have clash with The Game’s taping of the show. So a scheduling conflict couldn’t be the reason for her absence.

BET’s site has hinted around that couples counseling could be in the works for Kelly and Jason Pitts, but the season has already been taped. Brandy Norwood was even casted as Jason’s new love interest.

Kelly’s ex-husband Jason could be the cause for her absence. The two didn’t have beef off camera but Coby Ball, who plays Jason on the show, accepted another job before the show was picked up by BET. Bell has a role on USA’s “Burn Notice.” His obligations on that show required that he had a recurring spot on “The Game.” It seems when Bell became a recurring character, Daniel’s role was simply written out.

During season four, Bell and Daniel’s characters were separated. She appeared on a few more episodes before she checked in for her sixth and final one to “go find herself.” Before the season began, Daniels expressed her frustration about her recurring role. She wanted to be in all 13 episodes but agreed to the limited role because she loved the show.

“I wasn’t happy about it, Daniels told Vibe about her recurring role. “I wanted to do all the episodes but I think it was a financial thing. So I think the biggest difference for me between working for CW and BET is on the CW I made more money [laughs].”

Daniels adds, “But the reason I came back to do the show is that I love the show. And I love, love the people that I work with so even though it came down to [my reduced role] I had to be supportive of the rest of the cast. I know me not showing up would affect a lot of story lines differently so I decided to be a team player anyway.” 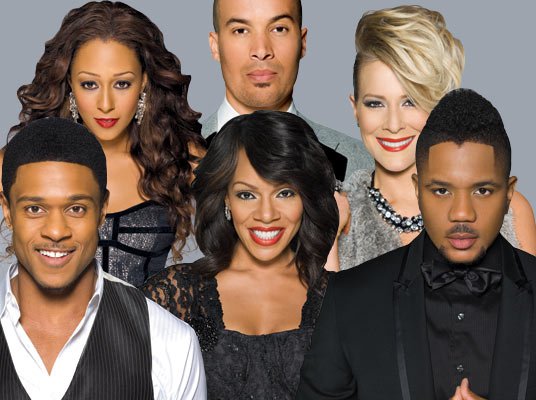 With the absence for Kelly’s character, we’re not sure how the show’s rating will turn out this season. Fans watched the show because it was billed that all original cast members would be back. We’re guessing ratings will drop drastically before BET decides to beg Daniels back.

Check out a sneak peek of the new season below.