The Game Says He’s Not Sleeping With Khloe Kardashian! [Details]

Khloe Kardashian is rumored to be cheating on her husband Lamar Odom with The Game.

But the Marrying The Game star claims that’s not true. The Game denied the rumors after Star Magazine reported the two began a platonic relationship that evolved to an emotional one.

“They talk all the time,” a source told Star Magazine via Hollywood Life. “She even texts him while Lamar sleeps in their bed right next to her. The Game has been a rock for Khloé, listening to her problems, giving her advice and telling her she’s beautiful inside and out. He keeps saying she needs a man like him, who’d treat her like the queen she is.” 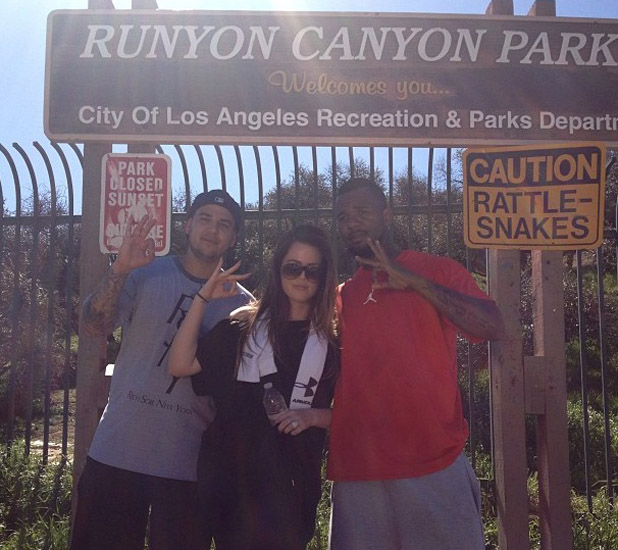 Rumblings of a possible affair began once Khloe was seen jumping on The Game’s back last month at Runyon Canyon Park where the two are participating in his 60 Days of Fitness program.

“That night in the car, Khloé let it slip that The Game told her she has a nice ass,” the source told Star. “Lamar flipped. He told her The Game is trying to get with her and that she’s cheating emotionally, which she didn’t deny.”

The source added, “She told him that their marriage has gotten stressful because of him, so he has no right to say anything about her relationships with other men. They may not be sleeping together yet, but her behavior is totally inappropriate — it is absolutely cheating. If she’s so unhappy with Lamar she should leave him.”

Lamar Odom Spotted Getting Cozy With Other Women..Not Khloe [Details]

The Game told TMZ that he’s not sleeping with Khloe.

“The pictures that they see of us out together are because she is a part of my 60DaysofFitness team,” The Game told TMZ. “Khloe is my friend. She is like a sister. We have never and will never be  sleeping together. Lamar is my homie and her husband and I wish people wouldn’t spread such false rumors.”

Photos via Reveal.co.uk and Lipstick Alley