Tae Heckard is ready to walk down the aisle with Detroit Pistons star Brandon Jennings.

But before Heckard can get married to her baller boo, she must first divorce her wife. Yes, the former video vixen was a lesbian before she switched teams. According to TMZ, Heckard just filed papers to legally end her domestic partnership with Monique Blanton.

Heckard also wants to drop Blanton as her last name and restore her legal name Heckard. The former couple partnered up in 2008 and separated in 2011.

Teyana Taylor Talks Losing Virginity, Brandon Jennings & Feeling Betrayed By Tae Heckard
Its been rumored that the couple got engaged earlier this month. Jennings all but confirmed the rumors on May 13 when he posted the photo below on Instagram. 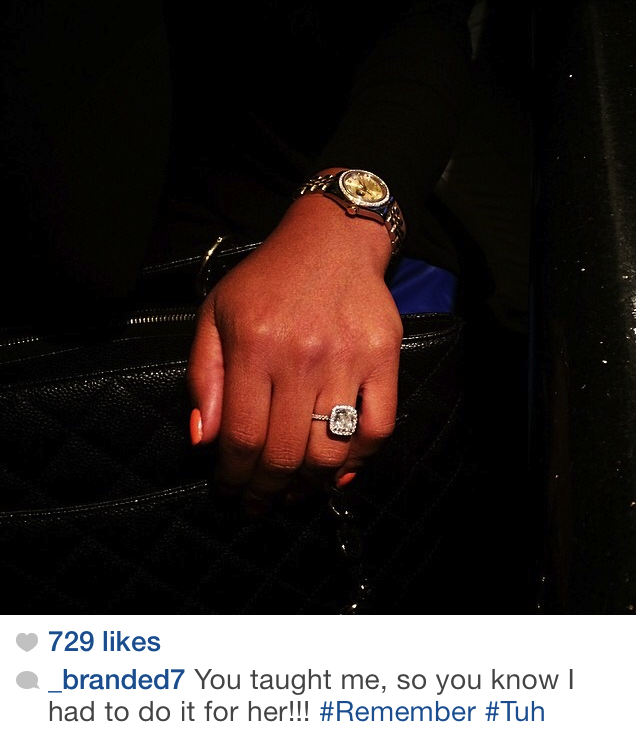 It will be the first marriage for Jennings who already has two kids from previous relationships.
Photos via Instagram