After Hernandez recently revealed that she was pregnant, all hell broke loose. Stevie claims the baby is not his and Hernandez claims he’s a child molester. Mimi Faust’s niece even added fuel to fire and said that Stevie’s child, Eva, was allegedly molested.

Now Stevie is in fear for his and his daughter’s safety. He claims Hernandez and her crew have made multiple threats. Stevie has filed a restraining order against Hernandez, and believes that she is trying to ruin his character. He calls her molestion allegations a sick attempt at revenge.

TMZ reports that Stevie filed for a restraining order on Wednesday. He was granted a temporary restraining order against Hernandez. In the docs, Stevie calls Hernandez volatile, jealous and says she’s filled with an evil sense of revenge after their break up.

The order states Hernandez must stay at least 200 yards away from Stevie, but she can still pick up her Rolex and diamond ring from his house, as long as the cops come too.

If you missed the tweets about the molestion, check them out below. 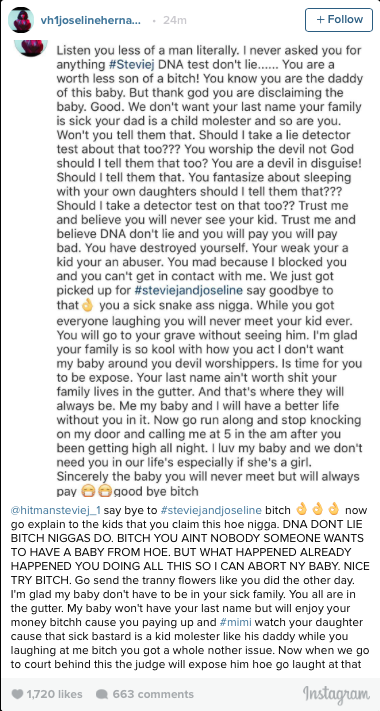 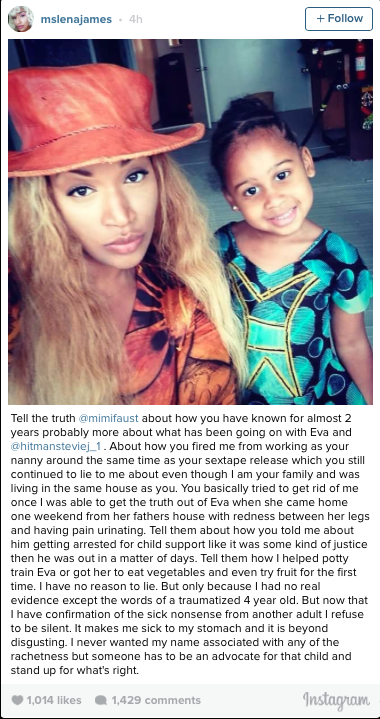