Actress Stacey Dash shared with the world on Sunday that she was voting for Mitt Romney for President.

Dash’s endorsement on Twitter seemed harmless. Many celebrities show their support for candidates on the social website. But little did Dash know that her endorsement would cause a firestorm on Twitter.

She tweeted out a simple,”Vote for Romney. The only choice for the future.” The former Single Ladies star even posted the photo below with herself in a swimsuit in front of a flag. 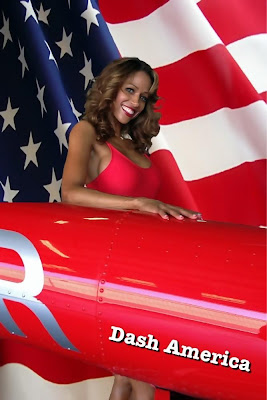 It didn’t take long for the backlash to begin. Many of her followers seemed disappointed that she was voting for Romney. After an hour of negative comments, Dash tweeted,”My humble opinion… EVERYONE is entitled to one.” Dash, later, retweeted:

While some people showed their support for Dash for being honest, the bulk of the comments remained negative. She was ripped a part on Twitter. Read a few of them below.

Below Dash talks to Piers Morgan about Twitter Backlash.