Tom Cruise and Katie Holmes are calling it quits.

After five years of marriage, Holmes filed for divorce in New York on June 28, citing “irreconcilable differences.” Holmes wants sole custody and “primary residential custody” of their six-year old daughter, Suri. The last time the celebrity couple were seen together in public was in February. Holmes did not attend the Rock of Ages premiere with Cruise.

“This is a personal and private matter for Katie and her family,” said Holmes’s attorney Jonathan Wolfe to People. “Katie’s primary concern remains, as it always has been, her daughter’s best interest.” 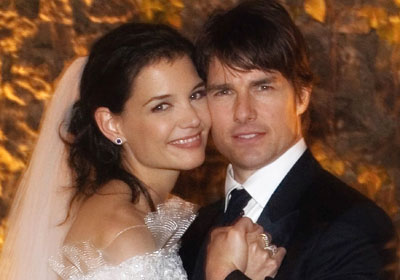 Cruise, 49, married Holmes, 33, in an Italian castle in November 2006. The couple has a prenup in place. According to TMZ, Tom and Katie’s net worth is around $275 milliion.

Cruise’s rep told People, “Kate has filed for divorce and Tom is deeply saddened and is concentrating on his three children. Please allow them their privacy.”

This was Holmes’s first marriage and the third for Cruise, who previously was married to Nicole Kidman, with whom he has two adopted children with, and Mimi Rogers.

Remember when Cruise jumped on Oprah’s coach to express his love for Holmes? If you missed it or want to see it again, watch the clip below.