Spitsville! Heidi Klum And Seal Will File For Divorce! [Details]

The honeymoon is officially over for Heidi Klum and Seal.

There are reports that there is trouble in paradise for Heidi Klum and Seal. Heidi is expected to file divorce papers in L.A. County Superior Court as early as next week, TMZ reports. Although the split is still unconfirmed, Klum is allegedly citing ‘irreconciable differences’ as the cause for the divorce.

News of their split may come as a shock to fans, because Klum and Seal seemed to be a happy family. The couple had renewed their vows every year of their seven-year union on their anniversary. The couple married May 10, 2005.

Heidi and Seal have three biological kids. Seal adopted Heidi’s eldest girl from a prior relationship. 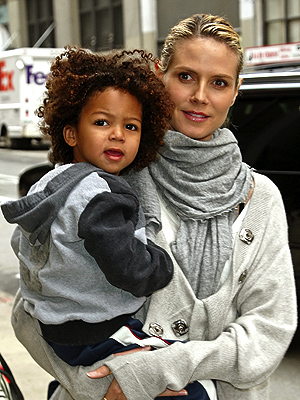