Ginuwine proved he can never be a comedian after his latest stunt on social media.

The Pony singer had his followers in an uproar after he posted a photo of his daughter Cypress surrounded by dollar bills with the caption: “My daughter just came in should I be asking so questions !????? Man I gotta stay home@more this is getting catastrophic.”

Ginuwine Denies Being on Drugs During Performance With TGT [Video]

Ginuwine claimed it was a joke, but the photo only upset most of his followers. It also made his wife Sole furious. 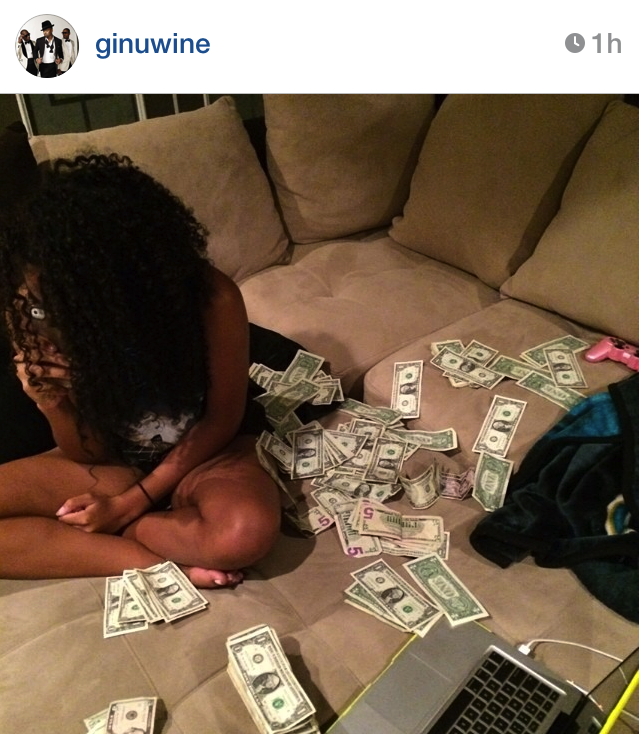 After hours of backlash, Sole threw Ginuwine under the bus as well. She also insinuated that he may be on drugs.

Later, Ginuwine tried to explain himself. 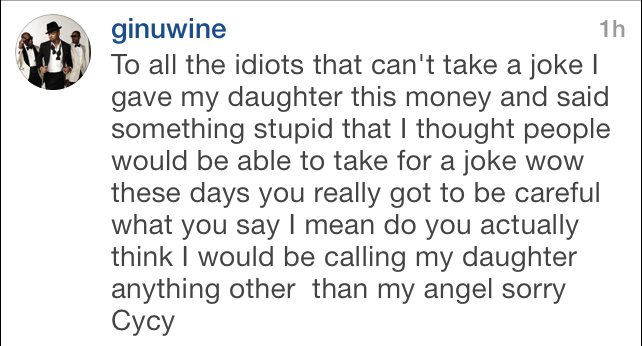 Hopefully, Ginuwine will stick to singing and leave the jokes to the professionals.
Photos via Instagram