Solange Releases New Album, ‘A Seat at the Table,’ Accused of Stealing [Details]

Solange Knowles is accused of stealing from another artist.

Knowles released her fourth album, A Seat at the Table, at midnight on Friday. The 21 tracks features guest appearances from Kelly Rowland, Lil Wayne, Kelela, Q-Tip, The-Dream and Dev Hynes. A digital book on her website shares lyrics and photos.

But less than 24 hours later, Knowles was accused of ripping off the aesthetic. Recording artist Chae Buttuh went on Twitter to reveal she sent Knowles’ record label in hopes of a collaboration, only to have her sound ripped off. 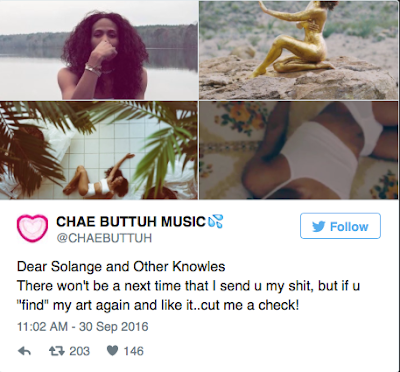 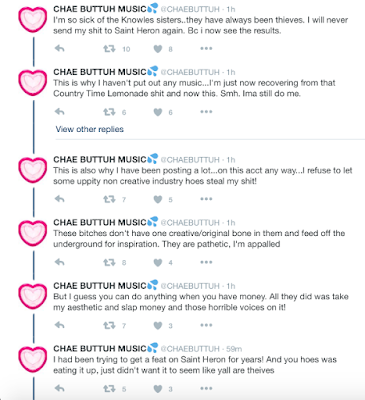 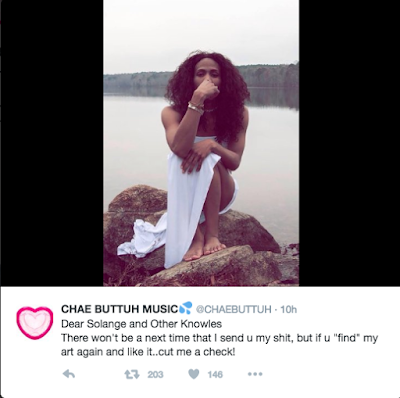 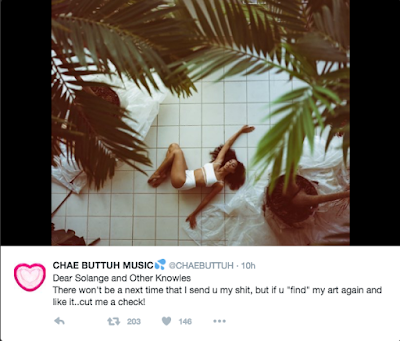 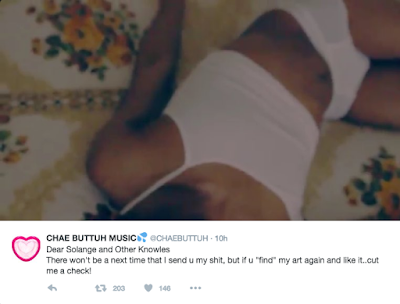 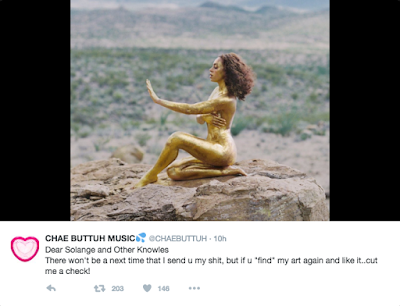 Knowles has not responded to the recent claims. This is not the first time an artist has claimed the sisters have stolen material or artistry from them. Knowles’ latest musical effort tackles her search for peace and growth “in the face of condescension, lies, aggression, violence and murder.” She recorded in Long Island, New Orleans, and New Iberia, Louisiana with different collaborators, connecting the roots of her past together.
Photos via Instagram