The two disagree over how much credit the other should receive for crafting Knowles’ sound. And it spilled over to Twitter on Monday. Hynes, a London born singer/songwriter and Blood Orange front man, produced Knowles’ critically acclaimed EP True, co-writing Solo’s song Losing You.

But there has been animosity brewing since the release of the body of work last year.

Hynes posted a few subliminal tweets about the situation on Twitter. 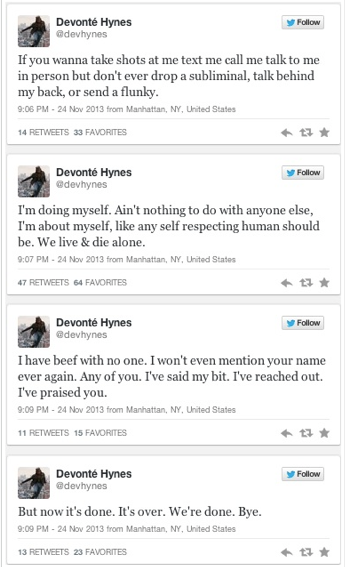 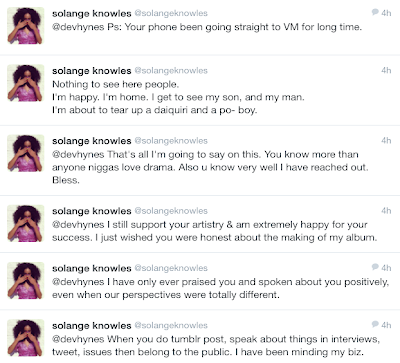