Slim Thug Announces DNA Results, He is the Father! [Details]

Rapper Slim Thug found out he is the father of a baby boy named Dreux Mason.

The Houston rapper welcomed his son that weighed in at 8 lbs and 2 ounces on Wednesday. Slim posted on Twitter that he was happy about the new addition to his family. But it did come with some reservations. Slim allegedly didn’t believe the child was his when the unidentified woman told him she was pregnant. Thug waited to the DNA test results were revealed before he announced it to the world.

Slim Thug even tweeted, “We shoulda named him Jesus he made it through the rubber.” OUCH! Check out a few of his tweets, along with a picture of the baby below. 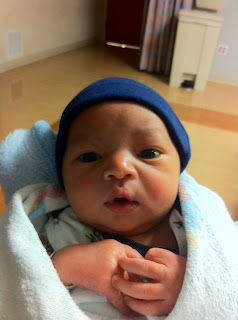