The Houston rapper announced on social media that he has had a vasectomy. Slim Thugga posted a post-operation photo of himself on Instagram with the caption, “I’m laying in my bed, watchin’ TV with my feet kicked up and ice pack on my balls. That’s what it’s gonna be for the night…foot surgery in the  morning.”

Slim Thug also shared his feelings about the procedure on Twiiter.

Slim’s vasectomy comes more than a year after he found out via a DNA test that he was the father of his third child in March of 2012. He allegedly didn’t believe the child was his when the unidentified woman told him she was pregnant. Thug waited to the DNA test results were revealed before he announced it to the world.

Slim Thug tweeted, “We shoulda named him Jesus he made it through the rubber.” 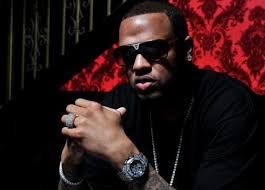 Slim Thug Announces DNA Results, He is the Father! [Details]

Slim made some controversial comments to Houston’s 97.9 radio station last year. He revealed he believes abortions are necessary for some situations.

“I think abortion is necessary on some occasions,” he said. “People be against it, but  people don’t deal with the real life situations some people deal with. I don’t  think it’s right, I don’t think it’s good to have a baby and not be with the  father. That’s part of the biggest problem. My  mother, she took care of me, but she was working 7 days-a-week, 12 hours-a-day.”

Slim added, “That was a struggle, I seen how much she struggled and it was so hard coming up.  I don’t even know who my daddy is. I don’t like that. I think a kid deserves  both his parents. That’s why I think if you ain’t gonna be with somebody, you  don’t need to have a kid with him. Even though I got 3 baby mamas…. it’s working  out. But it ain’t right. I ain’t saying wait 3 or 4 months. If it’s immediate,  it’s like birth control to me.”

Slim Thug Says He Wishes He Got Beyonce Pregnant Back in the Day! [Details]

Slim also went under the knife for bunion removal. He posted the photo below after the surgery.