Single Ladies star LisaRaye has found herself in a feud with yet another costar.

During season one of the hit VH1 show, LisaRaye and former castmate Stacey Dash got into a heated argument that lead to Dash’s alleged firing. Now The Player’s Club star is feuding with another costar.

This time, LisaRaye and Charity Shea appear to be at odds. The feud became public when Shea posted a photo collage of the cast that were involved in Season 3 on Twitter on Monday. But oddly, Shea mentioned everyone but LisaRaye.

Understandably, LisaRaye was offended when she saw the photo and caption. She made sure she sent a jab to Shea while venting on social media. 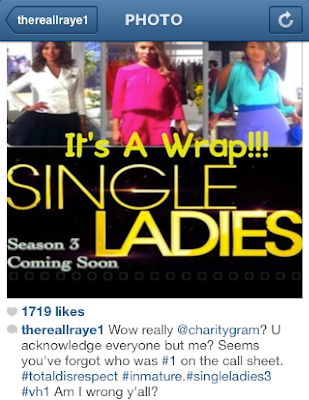 Season 3 of Single Ladies will air sometime next year. LeToya Luckett and Damien Wayans join the cast as recurring characters.