After Chief Keef’s baby mama Slim Danger said that Flocka was roaming, another woman connected to Keef is making the same accusations. Keef’s other alleged baby mama Simone Patton blasted Flocka after his wife Tammy Rivera tried to say she was lying.

Rivera gave an interview and said Danger and Patton were lying and they were stalking Flocka. Well, her interview didn’t sit well with Patton and she went in.

Patton released peen photos from Flocka to Fameolous and then spilled tea about Rivera and Flocka fighting over her on Christmas. Check out her rant below. 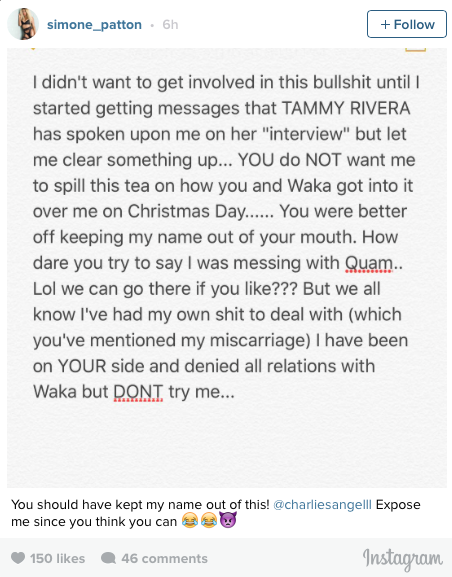 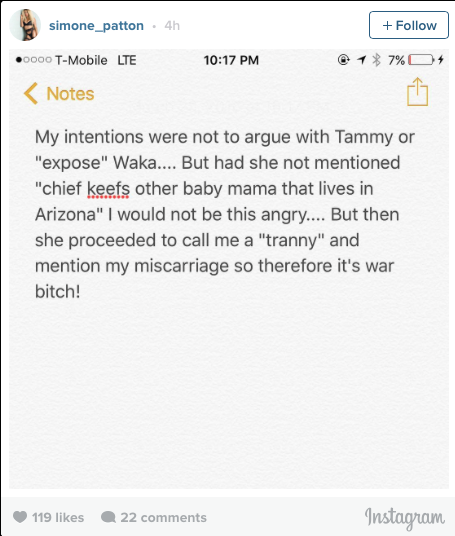 The drama began when Danger posted Flocka as her Man Crush Monday a few weeks ago. Rivera didn’t appreciate the post and showed screen shots of Keef’s baby mother coming on to him through his dm.

But Danger claims that the DM’s are not accurate. She claims that a lot of the conversation was deleted. Both exchanged words on social media.

Its unclear what really happened, but Flocka claims Danger is a stalker. He hasn’t addressed Patton’s accusations.