During the rerun on Friday, Underwood made some negative comments about natural black hair that had many viewers upset. It all began when guest Heidi Klum shared that she saves the “shorn hair” of her biracial children with ex-husband Seal.

Klum described her children’s hair as “pretty.” Underwood asked Klum, “Why would you save afro hair?” then joked, “You can’t weave afro hair.” She added, “You never see [black women] at the hair place going ‘Look, here, what I need here is, I need those curly, nappy beads…That just seems nasty.” 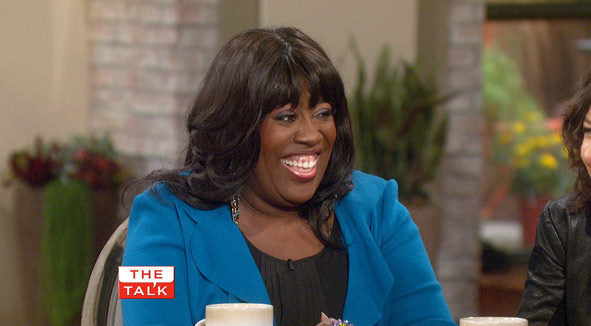 After Underwood made the remarks, her  Twitter timeline was flooded with negative comments about her looks, hair, weight and skin. Check out a few below.

Underwood eventually responded to the backlash. She explained her comments to Curly Nikki blog where she meant for it to be a joke.

“The discussion was about cutting and saving hair,” Underwood said. “I didn’t speak about Heidi Klum or her children’s hair. I stated that the act of saving hair was ‘nasty.’ Cutting and saving what I consider as dead… it’s like saving fingernails. People are accusing me of calling natural hair ‘nasty.’ I did not say that.”

Underwood added, “That was a bad choice of words. A bad juxtaposition of words to imply that our hair is not good. I made a mistake. I will own up to that mistake. I’m going to talk to God and change the way I articulate things and be more cognizant. I’m not perfect and I bet if you put a camera on someone all day, they’d eventually say something they’d regret too. I am asking you to forgive me for the statement I made, which to me, is a power only God has, really.”

It wras a rough week for Underwood on Twitter. The comedienne was also dragged for dear life after she made comments about Lil Kim’s look at the MTV Video Music Awards.