The TNT analyst believes that is the reason why Howard opted not to resign with the Lakers but jump ship and sign with the Houston Rockets. O’Neal talked about the trade at Daytona International Speedway on Saturday.

“It was expected,” Shaq said while he was the grand marshal of the Coke Zero 400. “We’ve all been in L.A., and not a whole lot of people can handle being under the bright lights. Everybody wants to do it, but when you get there, there are certain pressures. I think it was a safe move for him to go to a little town like Houston. That’s right, little town. I said it.”

Former Laker coach Phil Jackson also gave his comments about the trade. He didn’t bash Howard like Shaq but he did take a dig at the Houston Rockets franchise.

Jackson tweeted, “Reflection on DHoward’s exodus. He left a distaste in Lakerland The Lakers will be fine. Pau fits MDA’s style of Off-it was about the future” He added, “What DH brings to the game is power and D. This past year didn’t show due to rehab and confusion. If he is better of an Astro, so be it.” 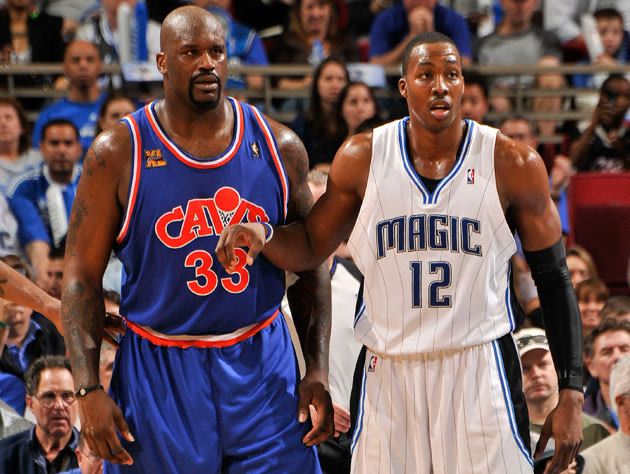 To be fair, Shaq has never liked Howard. He never liked the comparisons, and he never liked the way Howard used his nickname, Superman. And so he tries to stick it to Howard any chance he gets. D12 has always blown off the criticism.

O’Neal’s comments are also inaccurate. Houston is the fourth-largest city in America. But as a former Laker, the big man had to say something. Watch O’Neal make comments below.

Photos via Yahoo, Examiner and ESPN