Floyd Mayweather and Shantel Jackson are not walking down the aisle anytime soon.

Jackson claims it will never happen because she’s done with the boxer for good. Her rep told TMZ that the couple is no longer together.

“Miss Jackson has moved on with her life from Floyd and is saddened that she has had to deal with many problematic and dramatic situations from the media since their break up,” her rep said.

Her rep also said Jackson’s Instagram account was mysteriously shut down in the wake of the split. Jackson believes it was someone she knows personally. And could it be Mayweather who she suspects? 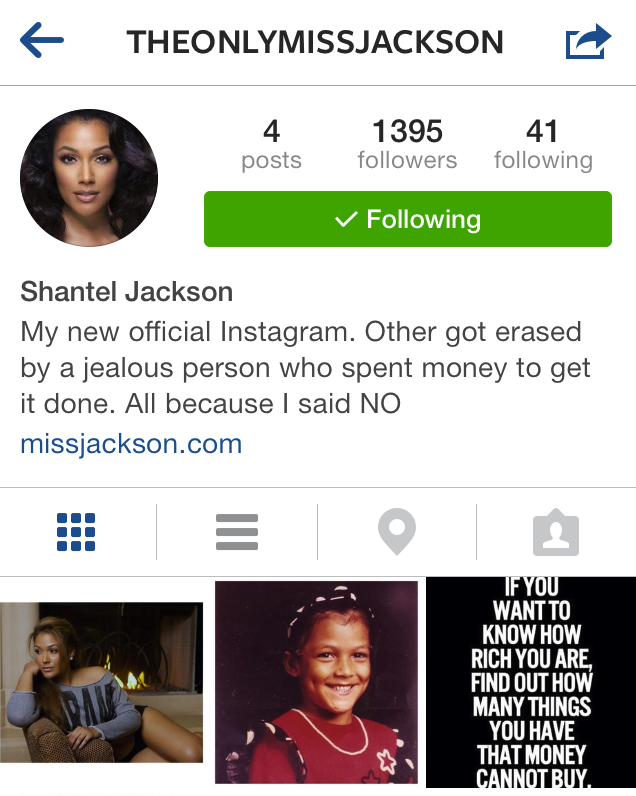 Say What: Is Floyd Mayweather, Jr. Selling His Ex Shantel Jackson’s Purses & Shoes?
Jackson then posted the quote “If you want to know how rich you are, find out how many things you have that money cannot buy.” Her original page was eventually re-activated with all her followers.
Jackson and Mayweather were together for at least four years. The boxer proposed to her with a massive engagement ring in 2013.