Shakira surprised her fans when she posted a picture of her new hairstyle.

Shakira is now rocking a shorter hairdo that is similar to a bob. Katy Perry has also cut her hair into the same style. Shakira decided to cut off several inches of her locks or extensions while in Barcelona. The singer made a special appointment at salon Jordi Ripoll. Paparazzi who waited outside for their first glimpse of her new hairstyle said the haircut lasted over six hours. Shakira revealed her look on Tuesday afternoon when she tweeted, “Hace 4 horas estoy estrenando corte de pelo!! 4 hours ago I got my hair cut!” 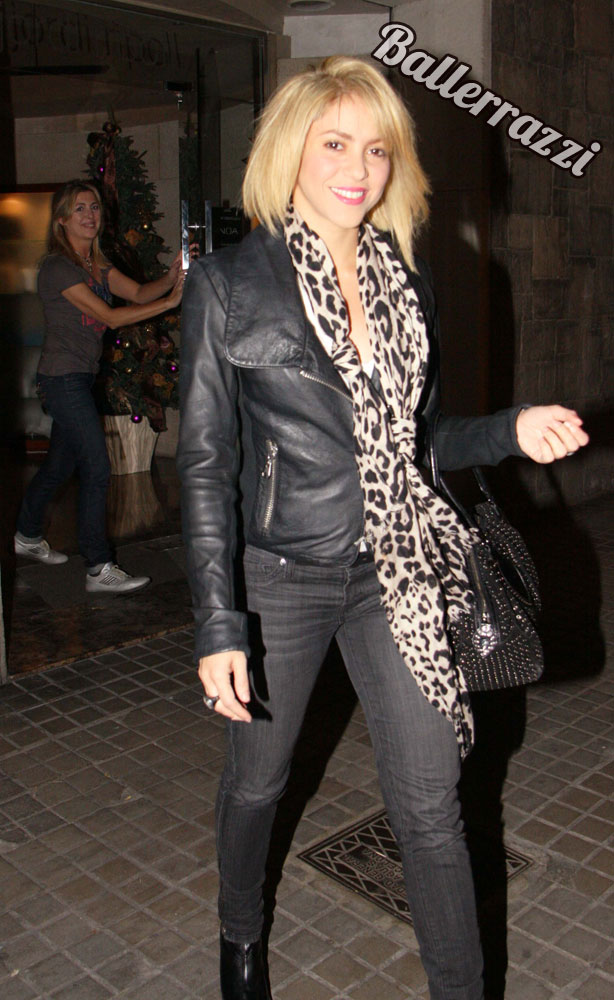 After leaving the hair saloon, Shakira went straight to her boyfriend Gerard Pique’s apartment to show off her new bob.