Dancehall artist Sean Paul is being sued by Susanne Persson for $80 million.

Persson, a native of Sweden, claims Paul had her illegally deported from Jamaica. She alleges he drove her to repeated suicide attempts and subjected her to “starvation, homelessness and loss of an ability to generate income,” the New York Post reports.

According to the New York City, Supreme Court-filed documents, Persson is also suing Paul’s record label, Atlantic, and manager, Steve Wilson. The woman included an illustrated 126-page tell-all document entitled, “Irie Jamboree: My Life in Jamaica as a Jet Set Slave with the Enormous Secret of a Love Affair with Jamaica’s Perhaps Most Well-Known Dancehall Artist” that she submitted as a supporting document to her self-filed lawsuit. 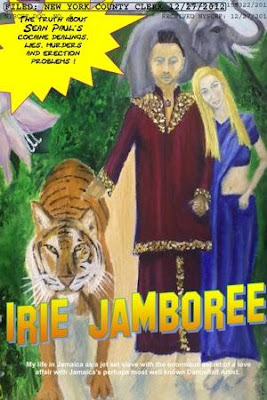 The New York Post reports Persson and Paul met in 2010. She accuses Paul of constantly sniffing cocaine, which lead to his erectile dysfunction. Persson said in her book, “if it [Paul] lasts one minute, it is a good day.”

Persson explains that she was driven out of Jamaica by paid-off police/immigration authorities, claiming that immigration used bully tactics to forcibly put her on a plane and send her back to Stockholm, Sweden. She claims Paul’s promotion team made the reservation.

The day before she was kicked out of Jamaica, Persson claims she attempted to take her own life. She alleges that Paul took countless photos of her that was done “under the pretext of a future marriage.”

Paul’s lawyer Tom Taveres-Finson denies Persson’s deportation allegation and told the New York Post, “He [Paul] would not have the power to do that.”