Say What: Tameka Raymond Says She Was Hacked After Son’s Penis Photo Surfaces on Instagram [Details]

Usher Raymond’s ex-wife Tameka Raymond was under fire after a photo of her four-year old son’s penis appeared on her Instagram page.

Her son posted the photo without her knowledge and she was alerted about the unfortunate incident by her followers. One of Tameka’s followers wrote,”Ummm a tiny pee pee just popped up on my Instagram timeline…”

Check out a few other comments below.

It took Tameka a minute to realize what was going on before she deleted the photo. She, later, posted a photo of her son in tears. 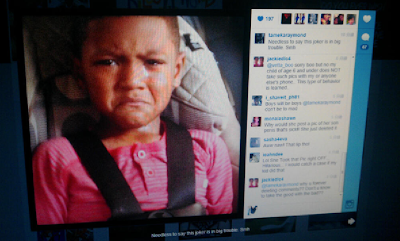 Tameka, later, deleted the photo and claimed she was hacked but didn’t go into details.

Usher responded by posting Tameka’s name but he quickly deleted it. But it didn’t go unnoticed by Tameka. She responded with a sarcastic, “yes, dear.” 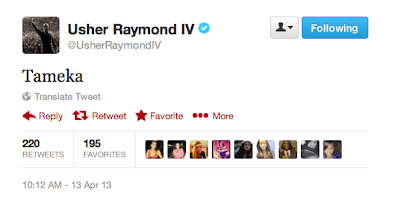