James and the Tennis star was spotted on camera riding in the same vehicle. Seems pretty odd being that the two have never been seen together before.

But to be fair, there was another woman in the vehicle, so maybe they were all going to get a bite to eat.

Earlier in the night, Wozniacki shared a photo of herself, James and Kevin Love on Instagram. She captioned it, “The Big 3.” 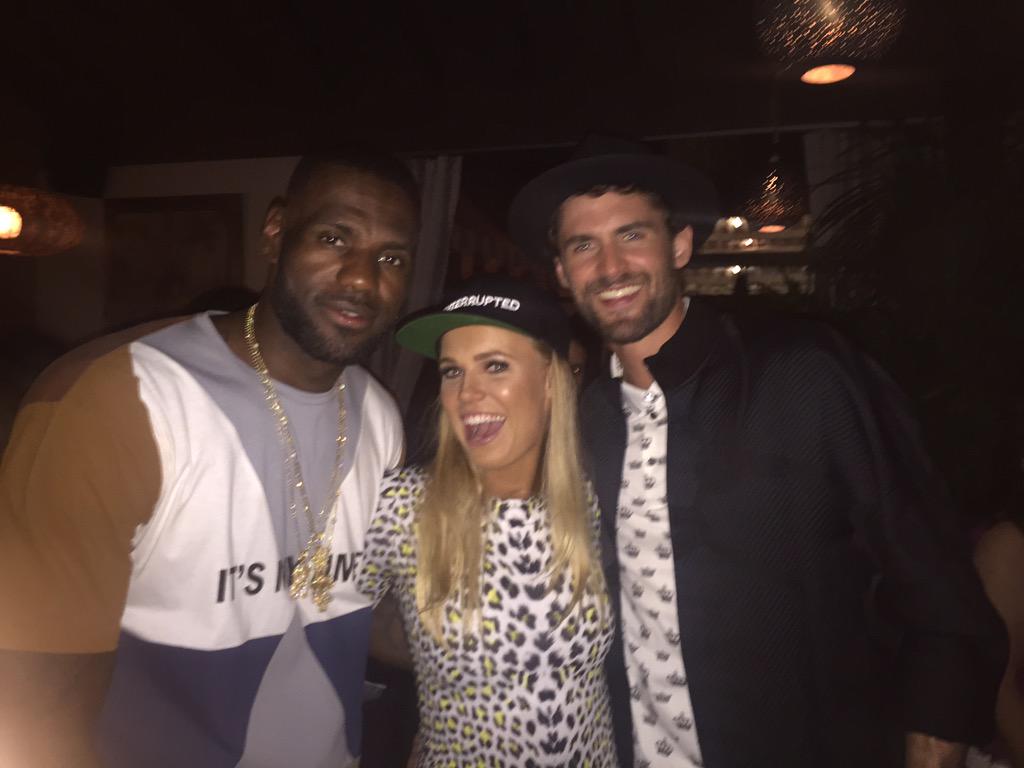 Wozniacki could be blowing off some steam after her rumored boyfriend, Houston Texans star J.J. Watt announced he was single. Rumors of a romance between the Danish star and Watt surfaced in April after she accompanied him to a NCAA men’s basketball championship game. He was also in Paris with her for the French Open.