Tyga and Blac Chyna appear to be in relationship bliss.

After Blac Chyna gave birth to their son King Cairo last October, the Rack City rapper has been showering his boo with plenty of gifts. Tyga even gushed in an interview that they have a ‘gangsta relationship.”

Tyga told Big Boy’s neighborhood in January, “We got a real gangsta relationship. Ya’ll not gonna see us doing no crazy, corny stuff. We go to the strip club together, do stuff like that.”

But are the two as happy as they appear to be? NYGossip Girl received an anonymous email that Blac Chyna maybe stepping outside the relationship.

HipHopGossipSite reports: “I received this email from an anonymous source “alleging” that they had screen shots of direct messages sent from Meek Mill to Blac Chyna trying to link up. Read the messages from the bottom up. 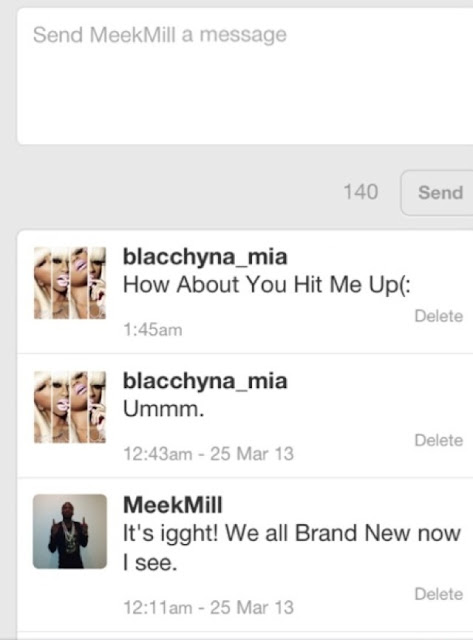 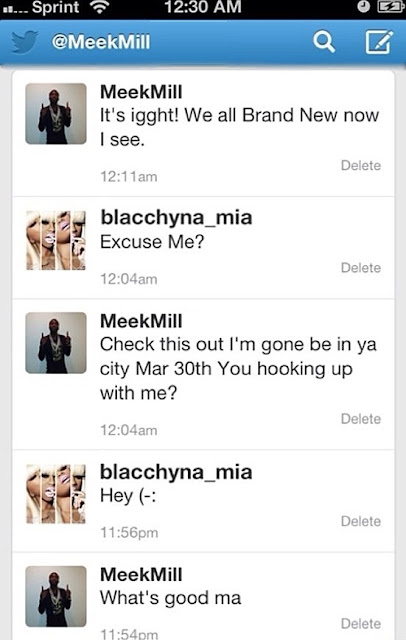 NYGossipGirl also received a photo of Meek Mill’s alleged penis but because his face wasn’t in the photo she decided not to post it. To be fair, Blac Chyna and Tyga appear to be happy and someone could be hating by creating these direct messages on their computer.

Surely, Blac Chyna wouldn’t jeopardize her new life for a fling. But you never know these days. Do you believe Blac Chyna and Meek Mill are creeping around?