Say What: Did Neyo Cheat on Fiancee With a Stripper?!

Neyo is ready to walk down the aisle.

The singer/writer proposed to his girlfriend Crystal Renee a couple of weeks ago. The couple also announced their expecting a baby together. But all doesn’t seem to be well in their household.

Crystal deleted all of Neyo’s pictures after a Instagram follower commented on the photo below of the two of them. 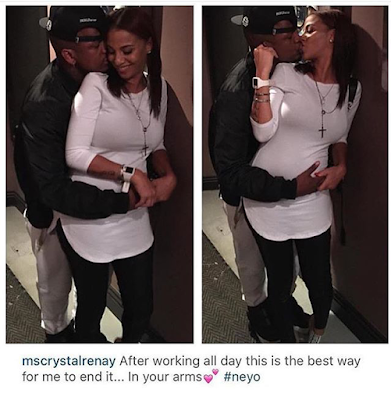 Fameolous was able to catch a messy commenter asking if Crystal knew about the big booty stripper Ne-Yo hooked up with in Washington, DC. 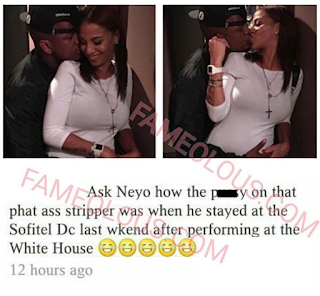 Crystal must have felt some kind of way because she deleted all traces of Ne-Yo from her page. She later uploaded a video of her engagement ring assuring fans all was well. But it wouldn’t be social media without a little shade.

Crystal deleted the video after commenters began appraising her diamond ring noting that it was cloudy and didn’t sparkle at all.