Say What: Did Lebron James Get Caught Cheating in Toronto?! [Details]

Miami Heat star Lebron James has been in the spotlight since his high school days.

Media, paparazzi and fans have been following his every move since the age of 15. And it hasn’t helped that he’s catapulted into one of the most popular athletes in the world.

James revealed in a late-night post on his official Facebook page on Sunday night that all the attendance gets to him at times. He admitted that the constant attention is too much to bear.

“Man it’s hard to go out and have a good time these days! It’s cool though, it’s part of my life,” James wrote on Facebook. “Wouldn’t change anything (just saying). Been in the spotlight since I was 15. Sometimes u just wanna STOP!! But I refuse cause I have a commitment to the youth to inspire them!! That will keep me pushing forward and focused alone.”

Could James have been doing some soul-searching this offseason while celebrating his bachelor party in Toronto over the weekend? Or was he anticipating new allegations that he’s cheating on his fiancée Savannah Brinson.

Last night a random girl from Toronto reached out to Brinson on Instagram and let her know just what King James was up to during his bachelor weekend. 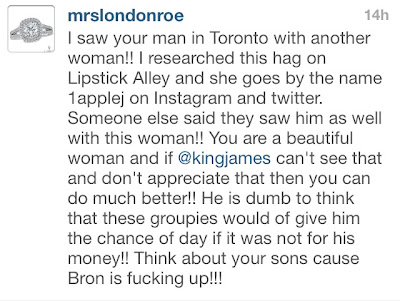 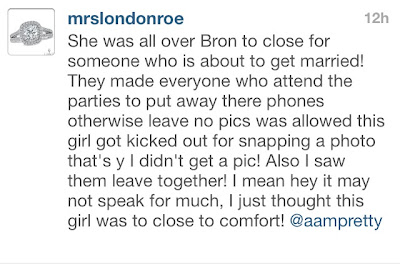 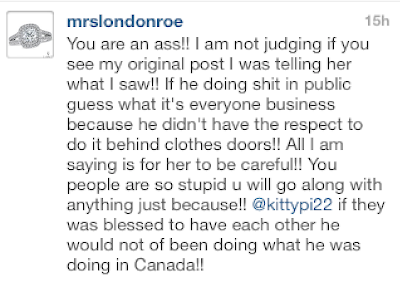 If the rumors are true, and James is allegedly cheating with a woman who goes by the  Twitter name 1applej, than he’s sleeping with a woman from Miami. She must have flew into Toronto to hang with the NBA star. Scandalous! Brinson has not responded to the comments.
Check out photos of James’ alleged mistress below.