It’s no secret that Ciara and rapper Future are a couple.

Future has gushed about the Body Party singer in numerous interviews and she’s done the same. But many of her fans were still caught off guard when they noticed what Ciara was sporting on her left hand. It appears Ciara got the initial of Future’s first name tattooed on her ring finger.

CiCi has the letter ‘N,’ which stands for Nayvadius Wilburn, which is Future’s real name, tattooed on her ring finger. Check out exhibit ‘A’ below.

Future on Ciara: ‘I Only Need One Woman, Her Album Will Be a Classic!’ [Details] 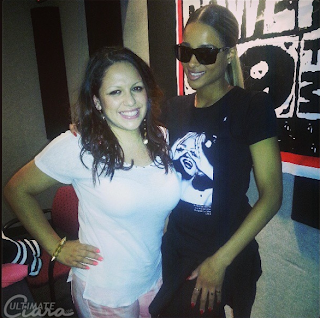 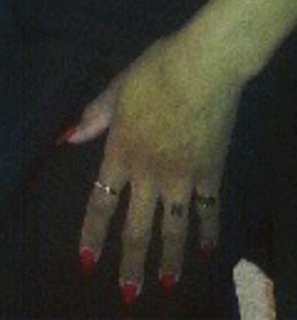 Future’s hand is on the right.

Now many are speculating that Ciara and Future are engaged. To be fair, the tattoo may be temporary or a sign of being committed to one another. We’ll just have to wait and see how it pans out.

Meanwhile, Ciara and Future posted a photo on Instagram of them smoking hookah over the weekend. CiCi posted the photo above with the caption: “#HookahBodyParty wit my Bay Bay @1freebandz”