And Broner didn’t disappoint during his recent visit to Stadium Night Club. He got on stage and announced he had $15,000 in his hand and he began to make it rain. Broner and his friends seemed to enjoy themselves while strippers danced around the group.

When one stripper spread eagle on the floor, Broner got on his knees and stuck out his tongue. His head came very close to her crotch and it appeared he may have given her oral sex. After he rose up he began to gyrate on the stripper before he was yanked up off the woman by security.

Meanwhile, Broner was arrested outside a Miami Beach hotel nightclub on Monday. He was charged with battery and released on $1,500 bail. 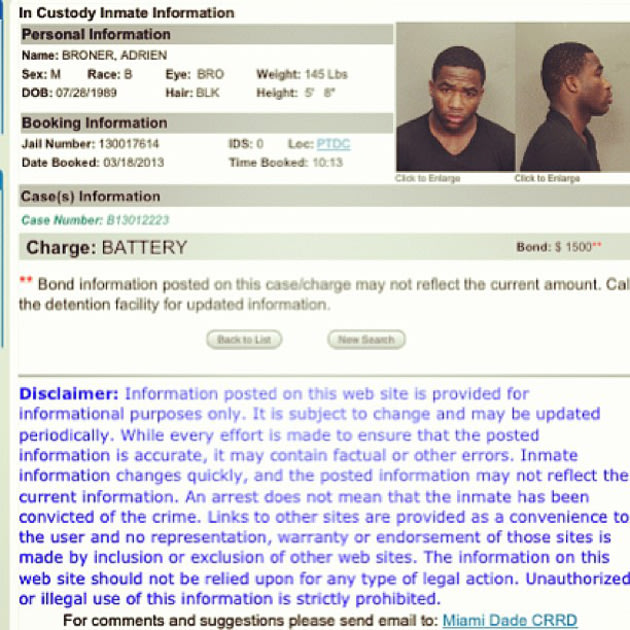 Broner tweeted on Tuesday, “I wanted to say sorry to all my fans in this world for my behavior these last couple days. I know it’s people that look up to me. I APOLOGIZE.”

Judge for yourself if you think Broner performed oral sex on the stripper below.

Photos via Boxing.com and Yahoo Sports