Say What: Tamar Braxton Not Paying Her Glam Squad?!

Tamar Braxton recently bashed an unnamed employee on social media for being ungrateful.

The Braxton Family Values star appeared to be upset because her employee thought they were entitled to certain things. Tamar publicly vented about people biting the hand that feeds them.

Although she didn’t mention any names during her rant, many are speculating that she was talking about her former stylist. 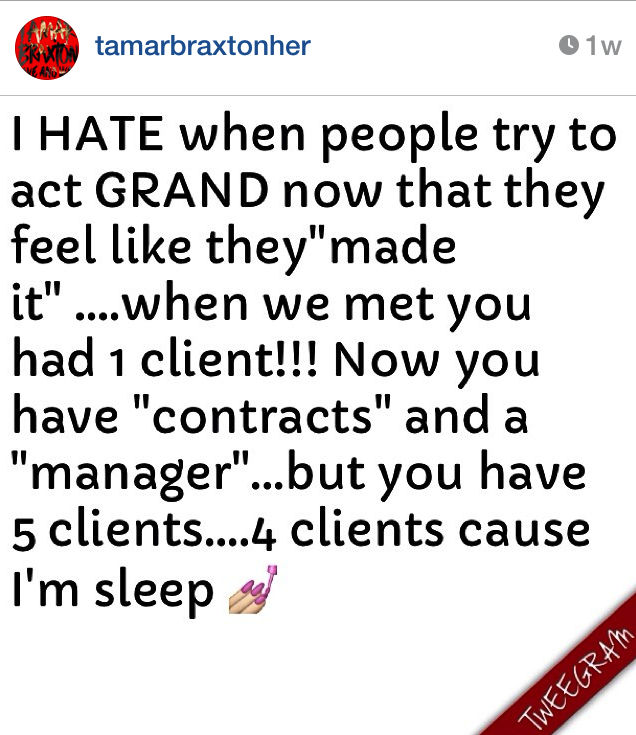 Rumors have surfaced that Tamar was really upset because the unnamed employee got fed up with working for free. According to Funky Dineva, Tamar’s comments were aimed at her former stylist who insists on a contract because Tamar consistently failed to pay in a timely manner.

A source also told Dineva that Tamar’s band members also weren’t being paid. She allegedly can’t record music in Los Angeles because she and her husband Vince Herbert owe money for studio time all over town.